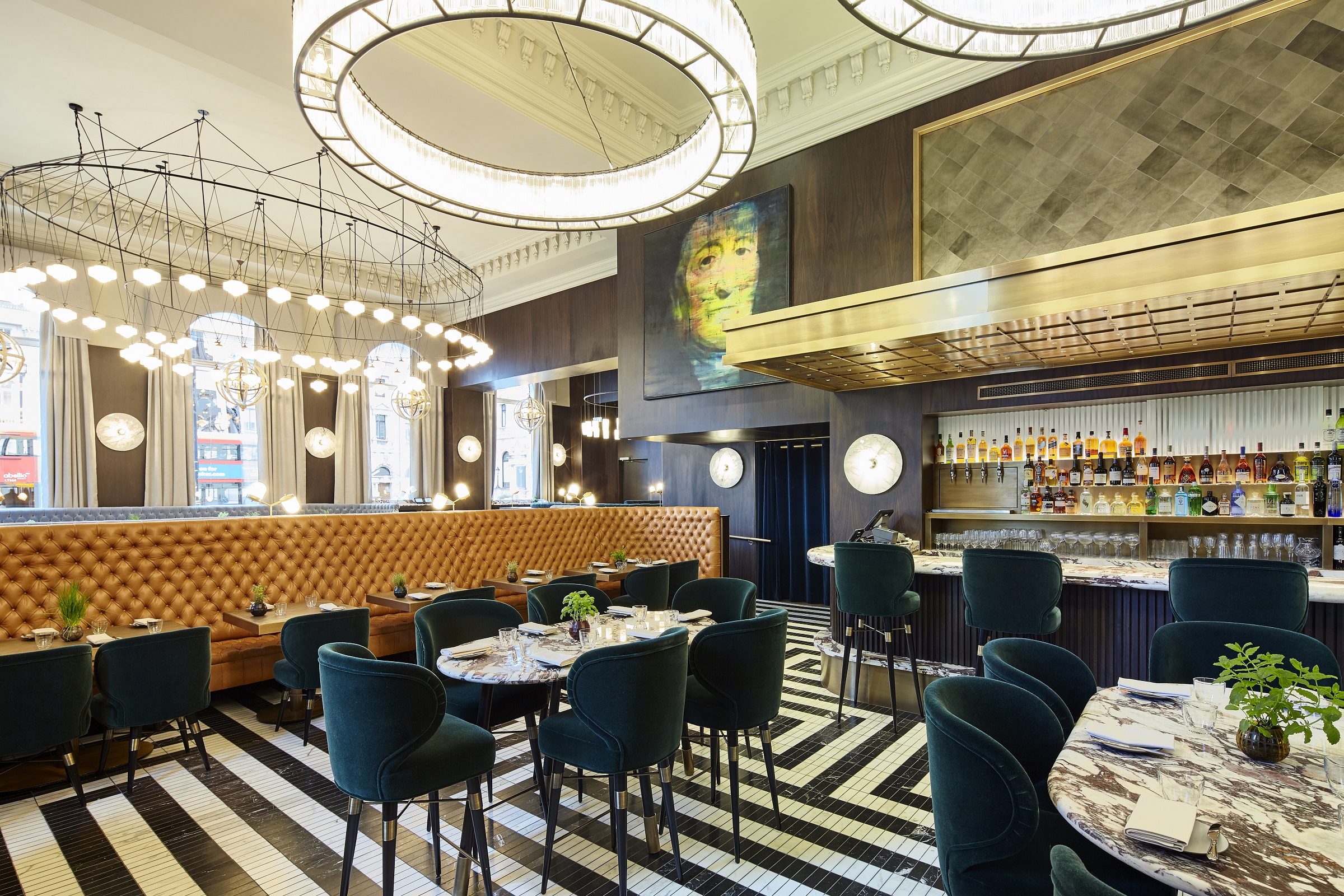 Wild Honey is a Michelin-starred hotel restaurant that delivers all the sparkle and magic of its independent roots with the assurance of a grande dame. Olivia Palamountain reporting

Anyone who has lived in London for over a decade will have heard of the original Wild Honey in Mayfair. One of chef Anthony Demetre’s few successful restaurants (Arbutus, Putney Bridge, Les Deux Salons), it has put a unique spin on the elegant yet affordable French cuisine that has been the toast of the town for around 12 years.

His new incarnation, St James wild honeylaunched in spring 2019 at the five-star Sofitel hotel on Waterloo Place, including a 16-seat private dining room and a bar adjoining the Sofitel’s St James Bar.

The intriguing decision to become a hotel restaurant was skilfully refined thanks to the restaurant’s striking position on an impressive corner site that boasts its own entrance, unbranded Sofitel and full of independent spirit.That’s not to say an affiliation with the Parisian luxury hotel brand is anything but a good thing, rather than in London it took us longer to embrace the I do not know what catering at the hotel.

However, thanks to a host of exciting openings, such as NoMad’s restaurant, Sally Abé’s Pem at Conrad London St James and Davies and Brook at Claridges, the tables have definitely turned.

Wild Honey is making waves in this forgotten corner of St James, with a distinctive modern European menu that combines classic French techniques with fine British seasonal produce, backed by excellent service – no wonder it’s been the proud recipient of a Michelin star in this year’s guide.

“It is the greatest honor to have received a Michelin star again today,” said Anthony Demetre. “This star is a testament to the entire team’s dedication to delivering excellence to every guest who dines at Wild Honey…and the feeling of earning the star is unparalleled in the culinary world. What makes me so happy is the fact that this is a first for many members of the young team at Wild Honey and I couldn’t be prouder. The dedication, passion, loyalty and hard work put into what has been a truly trying year has been immeasurable.

When Globetrender visited, Wild Honey couldn’t have been more worthy of this coveted star. First impressions are undoubtedly glamorous, thanks to the high ceilings of this 1920s former army bank branch, though fostering a sense of privacy in this cavernous space was clearly more of a challenge.

We started with a martini accompanied by glorious lace-and-fennel finocchiona wafers – the casual foil to a more cheffy snack of cheese croquettes – and brainstormed a menu designed to delight, with each section offering just three or four stellar options.

The latter is likely to be a crowd-pleaser, but did me no favors: a refined children’s tea, it was revealed by an unsuspecting mushroom pie, a dreamy little sexpot from an entree that belies its humble name.

As one would hope from its name, this restaurant does indeed have its own honey, presented with originality in a main course of Welsh Denbighshire lamb, roasted sand carrots, January king cabbage and ricotta. of fresh sheep. Not only did that touch of honey enhance the natural sweetness of the meat, but it took this dish out of Sunday roast territory and into fine dining.

The Isle of Gigha halibut with its distinctive-sounding ‘Shetland mussel jam’ was another triumph, a generous fillet of pearly meat perfectly cooked, offset by a herb vinaigrette. In a world where pescatarian dishes are too often seen as a “light” option, I’m happy to report that healthy appetites won’t feel harmed by this choice.

There was no dessert to be confused with something light. A huge tarte tatin serving up to four people, it was impossible not to order. Why? According to the team, it was this classic that helped seal the deal on this star – a total no-brainer, then, and one of my best decisions of the whole year.

Beautiful, the tarte tatin was presented in its mold with panache, all plump and shiny apples and mahogany lacquered caramel, before being served a table with an extra lick sauce and a cloud of fresh cream: heaven. If ever there was a reminder not to reinvent the wheel, this was it.

It’s worth nothing that everything you don’t finish is packed up to take home, no questions asked. With that in mind, don’t feel like you have to finish it all in one sitting – although the fabulous staff won’t judge you if you do.

What is the next step ? Downloadable trend reports HERE

The cheese dairy resumes the production of sandwiches