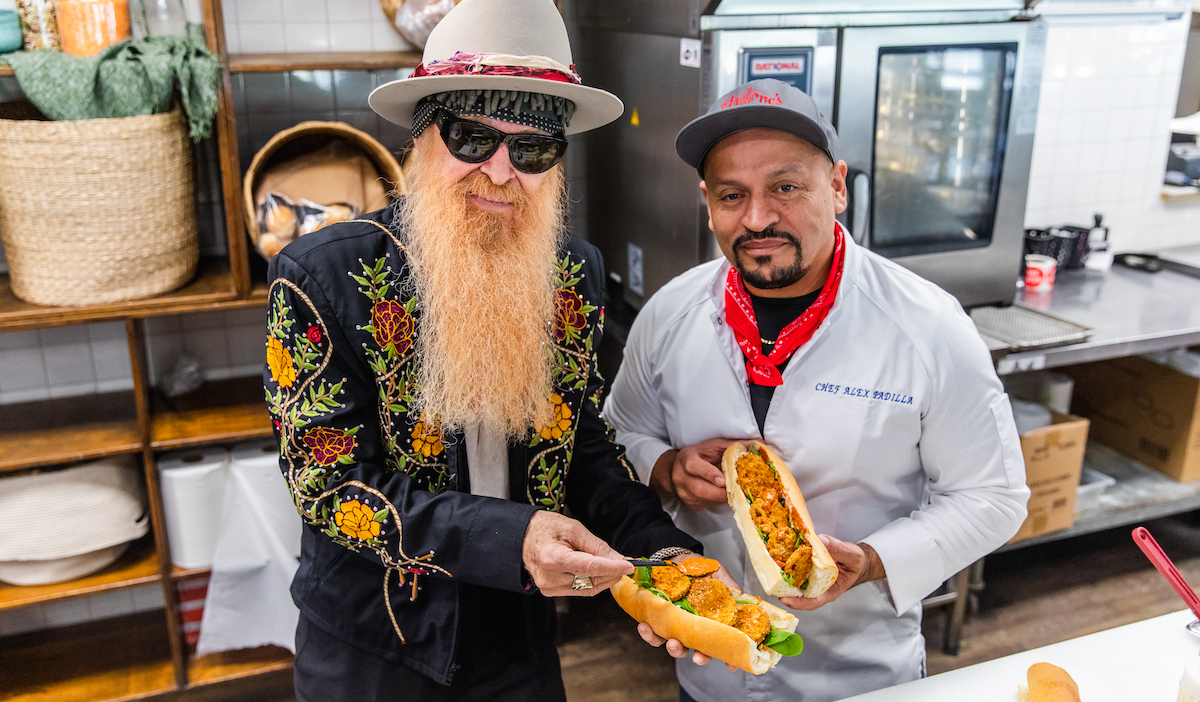 To celebrate its 60th anniversary, the beloved Houston sandwich shop has released its latest and final “H-Town Original” sandwich, combining forces with ZZ Top founder, frontman and acclaimed guitarist and singer to create a one-of-a-kind sandwich in his genre.

A portion of all sales will be donated to support the Austin-based Clifford Antone Foundation, which is dedicated to preserving music culture and community by caring for elders and investing in youth. Gibbons chose the foundation as a beneficiary because of his deep ties to Antone’s nightclub in Austin, where he often makes headlines.

The Billy F Gibbons – Whisker Bomb Po’ Boy sandwich will be on Antone’s menus until Tuesday, May 31, 2022.

Antone’s “H-Town Originals” series features a sandwich created by a local celebrity, with partial proceeds from the sale of their sandwich benefiting and raising awareness for a favorite charity of their choice.

Originally from Houston, Billy F Gibbons is an American rock guitarist and singer and founder of ZZ Top. Gibbons began his career with the group Moving Sidewalks touring with the Jimi Hendrix Experience in 1968. Gibbons formed ZZ Top in late 1969 and released ZZ Tops First album in early 1971.

Gibbons possesses a gravelly singing voice and is known for his bluesy, groove-based guitar style, as well as the noted well-being for his chest-length beard.

rolling stone placed him in its list of the “100 Greatest Guitarists” of All Time.

Founded in 1962 as Antone’s Import Co. by Jalal Antone, Antone’s original market catered primarily to the city’s Syrian and Lebanese immigrants long before generations of Houstonians were seduced by po’ Restaurant’s unique boys and other delicious dishes.

Four of Antone’s traditional sandwiches are available at approximately 200 grocery stores across Texas (HEB, Randalls and Kroger), in addition to broader menu items at their three Houston locations on West Loop, North Loop and at the Medical Center. and Antone’s grab-and-go kiosks (weekdays only) at Greenway Plaza and downtown tunnels.

This article was sponsored by the event organizer. In accordance with our Advertising and Sponsorship Policy, we only accept sponsored content from organizations that meet our editorial standards and genuinely present an activity, event, resource or destination of value to residents and visitors of the greater Houston area. Ad revenue helps support 365 Things to Do in Houston and our contributors, allowing us to expand our coverage of activities and events in the Houston area. Learn more about promoting your event or business.

10 Hot New Restaurants To Try Around DC This Winter