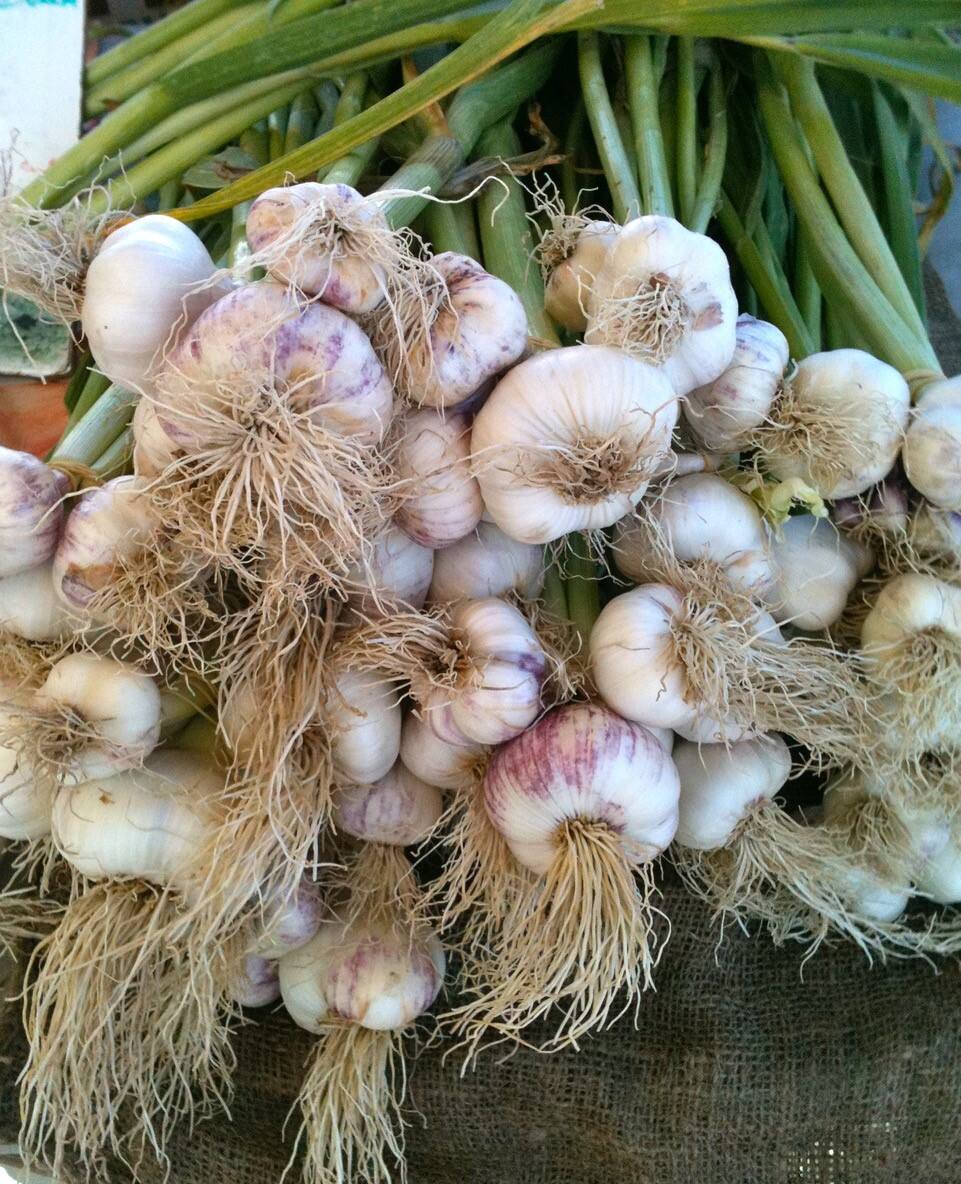 When you have fresh garlic, make aioli

If you garden, you know that we are almost at the peak of the garlic harvest. Some have come out of the ground and are now sold as fresh garlic, which is absolutely wonderful. We would all prefer fresh garlic all year round but that is not possible so most of the crop is dried, some in the field above ground and some hanging in a barn or another cool, dry place. This is how we end up with garlic all year round.

In the mid-1990s, I ran a small non-profit organization called Sonoma Provence Exchange. In 1994, our small group was invited to attend an agricultural fair in Aix-en-Provence, France. If memory serves, we had wines from 14 local wineries, honey, lavender, olive oils from DaVero and BR Cohn and more shipped to the fair, where we had a double booth.

My French served me well and I was able to speak with many people from Sonoma County. I even did a segment on a French radio station that set up at the fair, just like KSRO usually sets up at our fairs.

The highlight for me was, of course, the meal – the big aioli, the monster aioli.

A grand aioli is a celebration of the garlic harvest, an extravaganza of seasonal vegetables, good bread, and a few other delicacies. I enjoyed it Chez Panisse in Berkeley and at home, but in France? Did we understand correctly? Could I be so lucky?

I’m happy to say yes, we were! The meal here is quite rustic – a large platter of things we grab with our fingers and swirl around in a sauce. It’s not the kind of thing you find at picnics in working-class neighborhoods, but that’s exactly what it was in France. The grand aioli was served in a huge space, like a big cafeteria, and I remember enjoying being surrounded by scruffy French farmers smoking cigarettes, eating extremely garlicky aioli, and drinking tall glasses of ice-cold rosé.

The next few weeks are the perfect time for a great aioli. It’s an easy and delicious way to celebrate a graduation, a birthday or just to celebrate the sun once again.

1 small cauliflower, trimmed, cut into florets and roasted until tender

6 hard-boiled free-range eggs in their shells

Leaves of 1 or 2 green artichokes

The day before serving, prepare the salt cod and make the aioli. First, put the fish in a container that will hold it flat and cover it with water at least 2 inches. Refrigerate for 24 hours changing the water 3 or 4 times. Drain well and rinse.

Next, choose one of two methods for making aioli. After making it, cover it tightly and refrigerate it.

Shortly before serving, put the cod in a saucepan, cover with fresh water and bring slowly to a boil. Immediately remove the pan from the heat and cover it. Let stand 15 minutes. Drain well; remove all pieces of fat, skin or bone; break into large pieces; put in a bowl and cover.

Peel the beets and cut them into quarters. Season the cauliflower with a little salt and toss gently.

Place the aioli in the center of a large serving dish and arrange the other ingredients in groups around it. Stack the lettuce leaves on top of each other and leave the eggs in their shells for each guest to peel.

Grind black pepper over the salt cod and garnish the dish with chive flowers, if using.

Place the dish in the middle of the table. Each guest should have a small bowl in which to pour the aioli and a plate. They use tongs to transfer whatever they want to their plates, then use their fingers to dip each piece into the aioli.

Although aioli is a sauce, a great aioli is a meal, with the sauce in the center as the condiment that brings it all together. In his traditional Provençal house, it’s a late spring meal that celebrates the garlic harvest. It includes salt cod, beets, cauliflower, potatoes, carrots, green beans and boiled eggs. Most traditional versions also include cooked octopus. This version works perfectly at this time of year in Sonoma County. Later in the summer or fall, I replace vegetables with local tomatoes, peppers or grilled zucchini in place of asparagus, artichokes and beets. Don’t feel obligated to use everything listed here; select the ones that interest you the most and choose the quantities according to the number of people who will join you.

What is a toaster bag and how do I use it?