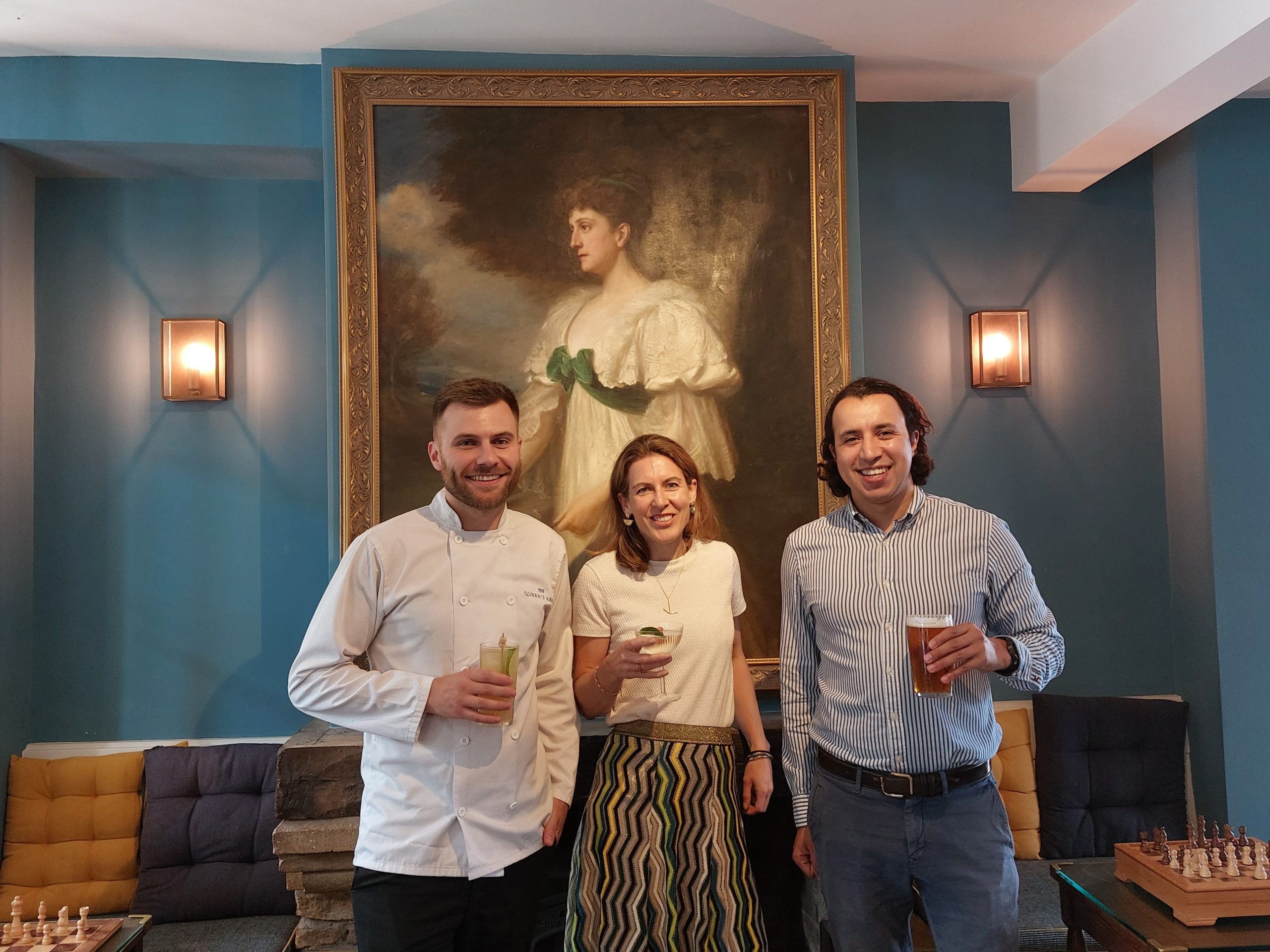 Somerset, head of catering at the Queen’s Arms, talks to Douglas Blyde about what to do with local cheeses, the pub’s edible gardens and which bottle to take in the face of the apocalypse…

What is your motto?

“Be proactive, not reactive.” I want to make sure customers have everything they need before they ask.

What is your vintage and your terroir?

I was born in Colombia in 1989, a fantastic year for wines from Bordeaux and Italy, including Bertani’s smooth, steak-good Amarone.

Where did you work before The Queen’s Arms?

At Soho House, which introduced me to the next level of hospitality. When the opportunity arose for me to join The Queen’s Arms, I knew it would be a way to put that training to good use. I really like working in smaller rooms because of the more direct access to decision making.

Who has been your mentor?

>Sam Kershaw, 2013 winner of the Bacardi Legacy cocktail competition. I worked with him when he was bar manager at Babbington House and Electric House. His black book of cocktails is a source of inspiration.

What is your current role?

I run the restaurant, train the team, oversee the bar and beverage offering and regularly come up with new cocktails, including “The Whippersnapper”. For this, I worked with the head chef, Rich Townsend, to make a sugar syrup. It’s a wonderful green color with a fresh pea flavor and works as a base with gin, St. Germain elderflower liqueur and fresh lime juice. We also created a brilliant Rhubarb Collins.

Amazing, because Rich and owner, Doune Mackenzie-Francis, and I share an enthusiasm for local, seasonal produce. Doune has planted an abundance of fruit trees, edible plants and herbs in our gardens, ranging from figs, ginkgo and currants to yuzu. Rich and I sit down each morning to discuss menus and potential pairings, such as dried monkfish with grapefruit, fennel, pickled ginger and chilies with apple and apricot flavored Villa Wolf Pinot Blanc, and the Royal Tokaj 2016 with our local cheese platter, including Westcombe, Tunworth and Bath with house pickled onions.

Which wine suppliers do you work with?

Alongside major suppliers like Matthew Clark, I enjoy working with smaller independent merchants like Paddy McGill at Vine Wine. Through training, he helps to inspire confidence and enthuse my team. We often taste potential new additions to the wine list blind, so bins are chosen on merit.

What draft do you have?

Local village cider, Lawrence’s. We are also fortunate to have the Apex microbrewery run by Alex Ferris on our doorstep, whose Stirling IPA and Lights Out have been a huge hit with our guests.

Which bottle would you take if the nuclear button was pressed?

A bottle of Casamigos Reposado, fresh limes and a pair of sunglasses.

What was an embarrassing service error?

On my first job as a waiter out of college, I managed to drop a tray of 15 glasses of Prosecco on a guest. Fortunately, she saw the funny side. And I later learned to master a more stable hand!

Tell us something surprising about yourself?

At 16, I was selected to be part of the skeleton bobsleigh team for the Great Britain Winter Olympics, even though my mother was so worried that I might hurt myself after watching videos of this sport that she didn’t let me go.

What do you do on your days off?

I like to skateboard, and also eat at new places with my girlfriend although I would prefer more places to be open on Mondays and Tuesdays which is a sign of the state of the industry. Although I am happy to say that The Queen’s Arms is a seven day a week operation.

Little French in Bristol, an independent family restaurant where you will find French cuisine revisited by Somerset.

If you could have one superpower, what would it be??

Teleportation – so I can go to all the best Michelin starred restaurants around the world.

Finally, would you rather share a precious bottle with Michael Parkinson, Prue Leith or Tyson Fury?

A difficult choice ! Prue Leith has certainly led a colorful life and her knowledge of food is amazing. But I would probably choose Michael Parkinson: he has met so many interesting people that it would be really nice to “interview” him…