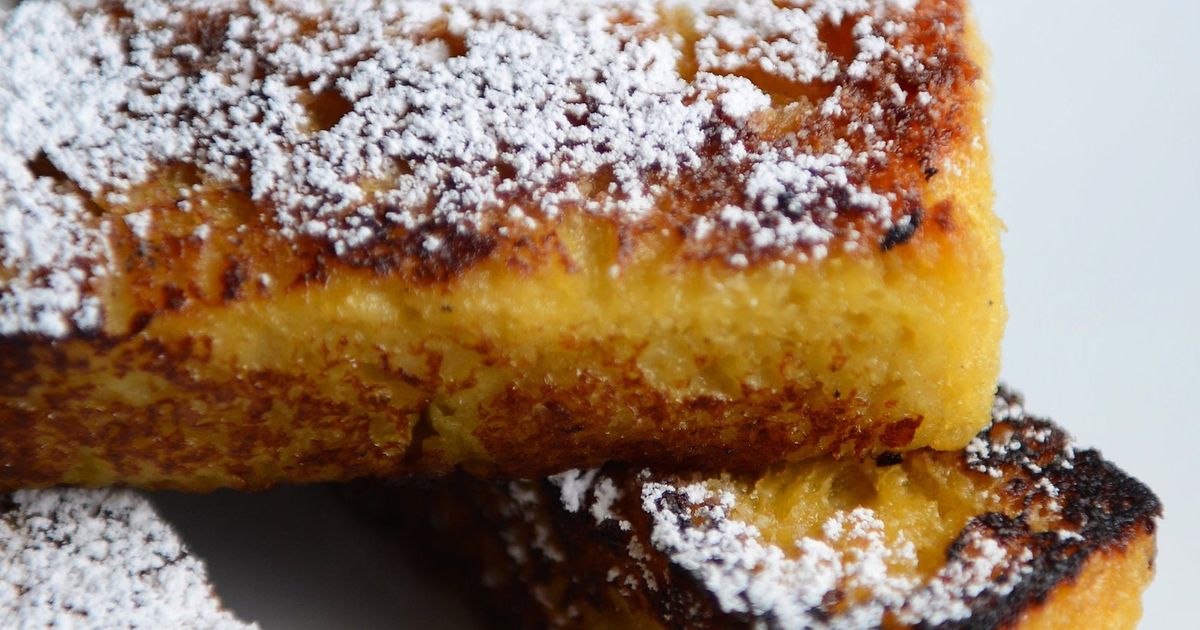 Treat yourself this Easter to Torrija, the delicious Spanish version of French toast

OAR SUNDAY kicks off Holy Week, the high point of Lent for Christians around the world. Few countries commemorate the week leading up to Easter Sunday more fervently than Spain, especially in the southern region of Andalusia.

During Semana Santa (Spanish Holy Week), processions of penitents accompanied by singing, dancing and fireworks fill the winding streets of each city. Brotherhoods of hooded, colorfully dressed men parade, while their muscular brethren hoist huge floats bearing lifelike depictions of the suffering of Jesus and the sorrows of his mother, Mary.

Chef Jason Stratton, owner of the [new-in-2014] Aragona Spanish-inspired restaurant in downtown Seattle [Aragona since has shuttered, and Stratton is now the chef at Mezzanotte in Georgetown]saw the fascinating spectacle in Granada, and he remembers being struck by the mixture of religious rapture and festive excitement: “As much as they celebrate the death of Christ, they celebrate community, a coming together.

Yet Semana Santa isn’t all about denial. Sweets occupy a prominent place. Torrija (tor-EE-ha) is particularly popular. Fried bread soaked in custard is similar to pain perdu, or what we would call pain perdu. “I fell in love with it in Granada,” says Stratton. “Whenever we were invited to someone’s house, they served it. Every time I taste it, it makes me cringe.

For Stratton, the dish seems particularly appropriate at Easter because it’s usually made with stale bread. “You resurrect something that’s not really edible and transform it, giving it new life.”

His version of Torrija on the Aragona dessert menu was served with Sherry Caramel sauce. He says it’s the only dish anyone trying to become a cook had to cook. Here’s the recipe, if you want to give it a whirl yourself.

1. To prepare the bread: Preheat oven to 325 degrees F. Cut bread into 4 by 1 inch logs. Grill in a single layer on a baking sheet until the cut surfaces are slightly dry but not browned. Let cool. (Or cut the bread into logs and air dry on a wire rack for several hours.)

2. To make the pastry cream: Combine the milk, cream, sugar, anise and salt in a heavy-bottomed saucepan. Scald over low heat until bubbles form around the edges and a skin forms on the surface. Do not boil. In another bowl, briefly beat the eggs. Slowly pour about a third of the scalded milk mixture into the eggs to temper them, whisking constantly to prevent the eggs from cooking. Slowly whisk tempered egg mixture into saucepan with remaining milk. Cook over medium heat, stirring constantly, until the cream thickens enough to coat the back of a wooden spoon (about 10 minutes). Pour the thickened custard into a shallow baking dish to cool. Add the anisette when the custard has cooled.

3. To bake the bread: Place the dried bread pieces in a single layer in the pastry cream. Let soak 3 to 5 minutes, flipping halfway through cooking, until bread is saturated. Work in batches, if necessary. Drain the bread on a wire rack for several minutes. Heat several tablespoons of olive oil in a heavy skillet over medium heat. Brown the bread pieces on all sides, working in batches. Serve warm or at room temperature.

1. In a heavy-bottomed saucepan, combine the sugar, just enough water to wet it, and the honey. Stir with a wooden spoon to dissolve. Cook over medium-high heat, stirring occasionally but not stirring, until it thickens and turns a dark caramel color.

2. Remove from fire. Carefully add the sherry to stop the caramel cooking, then stir in the butter and salt to taste.