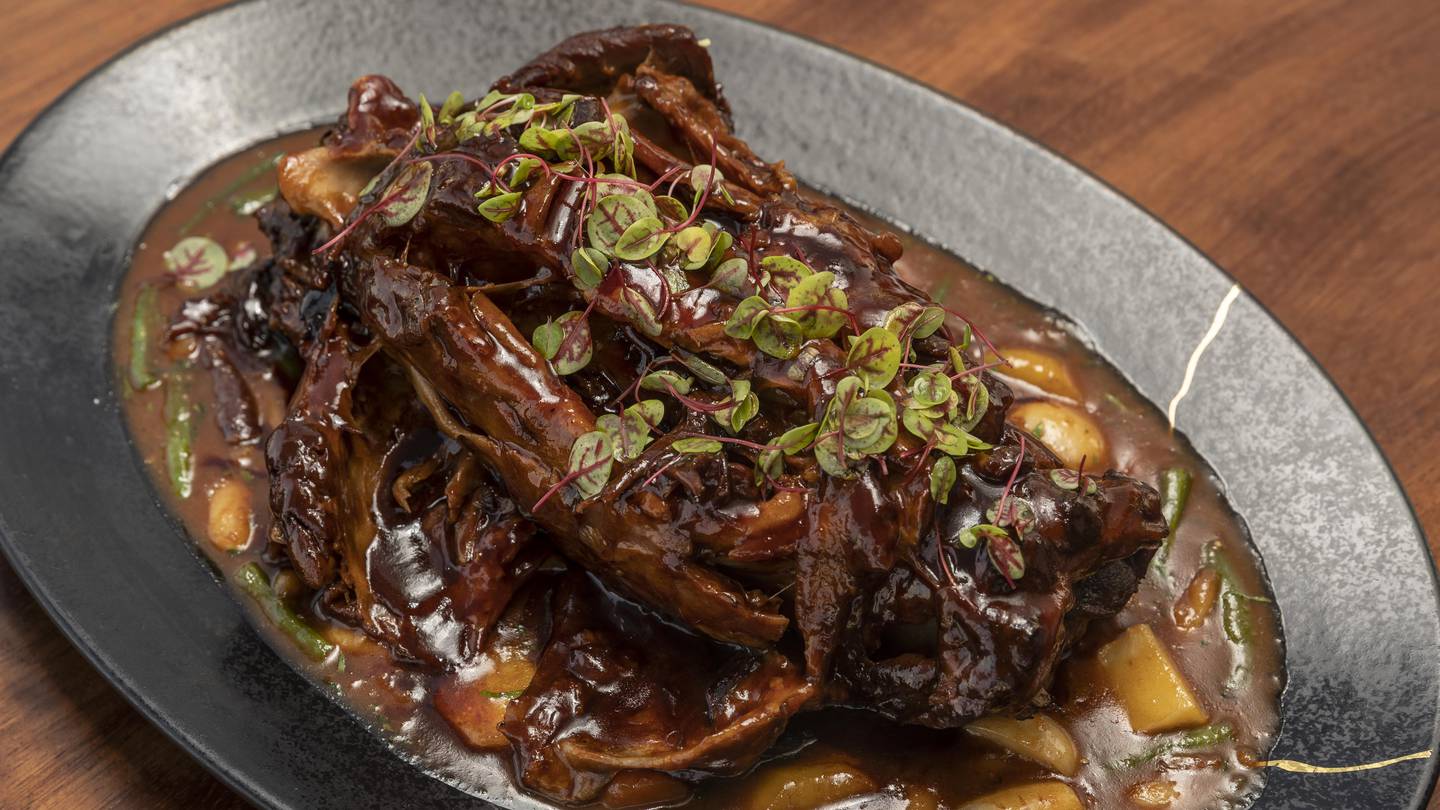 The Abu Dhabi F1 is a gathering of sporting and culinary excellence.

As well as the superstar drivers lining up on the starting grid at Yas Marina Circuit this weekend, some of the UAE’s top dining establishments are revving up their engines for the occasion – with menus to match.

Leading the pack is Dubai’s Ce La Vi, a Michelin-rated restaurant renowned for its fusion of modern Asian and rustic French cuisine.

Located in the exclusive Luna Lounge rooftop inside the circuit, the pop-up aims to recreate the chic vibe of its original setting at the Address Sky View hotel.

Where Dubai’s Downtown location offers sweeping views of the city skyline, including close-up views of the Burj Khalifa, the F1 Outpost offers an equally expansive aspect of the circuit.

“Opening a restaurant is always a challenge and reopening Ce La Vi for three days will be difficult,” says executive chef Howard Ko.

“But I think it will be an enriching experience to showcase what we do. I think what we offer is unique, our cooking style being contemporary Asian but at the same time rooted in French techniques.

“It could be something a lot of people in F1 have never tried before and that’s exciting.”

From Friday to Sunday, diners can enjoy servings – a la carte and live stations – of Ce La Vi’s signature dishes while watching the race from a spectacular vantage point.

More than 30 dishes are on offer in Abu Dhabi, which will be served as part of a daily changing menu.

“Creating something different for F1 didn’t seem like the right way to go,” he says.

“Because the whole point of our presence is to tell our story and the best way to do that is to offer signature dishes.”

Dishes are modern and rustic, but delivered with the kind of technique that got Michelin inspectors clapping.

For starters, there’s The Opening, a spread of sweet seaweed parker rolls with a variety of innovative dips, such as sweet potato hummus paprika, chicken liver mousse and date honey butter.

The labneh yuzu is a wonderful combination of the Far East and the Middle East, with the cream of the labneh offset by the citrus notes of the Japanese fruit.

Beet salad is a tangy treat of different textures thanks to the expert layering of dark berries, red quinoa, beets and avocado.

“The whole concept is to have dishes that you can share,” Ko says.

“By having the rolls, dips and salads, we want people to try as many different dishes as possible.”

Be sure to save space for main dishes.

The black truffle “sushi rice” risotto is a dish made golden by the luxurious parmesan mousse, shimeji mushrooms and butternut squash. It’s as impactful as it sounds.

“I would say it’s decadent and we’ve found that women love it,” Ko says. “It’s a dish that’s been with us since day one.”

The Braised Lamb Neck Navarin is a brilliant representation of culinary adventure and tradition.

“I love highlighting parts of the animal that aren’t really used that much,” Ko says.

“In Dubai, you will find a lamb shank or a lamb chop but rarely the neck, which is the tastiest part of the lamb. When you braise it, it becomes absolutely wonderful.”

This La Vi presents it rustically — on a bed of flageolet beans, turnips, baby carrots, green beans and a thick sauce — so it almost looks like a Sunday roast.

“It has the warmth like your grandmother did,” Ko says. “But at the same time, we still want to show the refinement and absolute detail of flavors and ingredients.”

The concern for the product is found in the grilled Spanish octopus, a dish that one imagines served on a summer day on the Côte d’Azur.

“Basically, you have to treat each product with respect and if you deviate from it, the dish starts to suffer,” says Ko.

“With octopus, you really have to make sure your cooking liquid is perfectly flavored and you take it out before you overcook and it gets mushy.”

Ce La Vi’s exquisite gastronomic offering in such a noisy and busy Grand Prix atmosphere is part of a larger embrace between the sporting and culinary worlds, according to Ko.

“Food and sport have always been forms of expression used by people,” he says.

“Competition breeds creativity and that’s where you can push the limits. It’s no surprise that the chefs are also big sports fans and that we are competitive with each other.

“That’s why it’s so good that Michelin has come to Dubai and Abu Dhabi, it will only push us all to raise the bar.”

From Friday to Sunday, access to Ce La Vi with weekend passes, which include access to all fan zones and post-race concerts at Etihad Park, starts from Dh8,000. More information and tickets are available from yasmarinacircuit.com