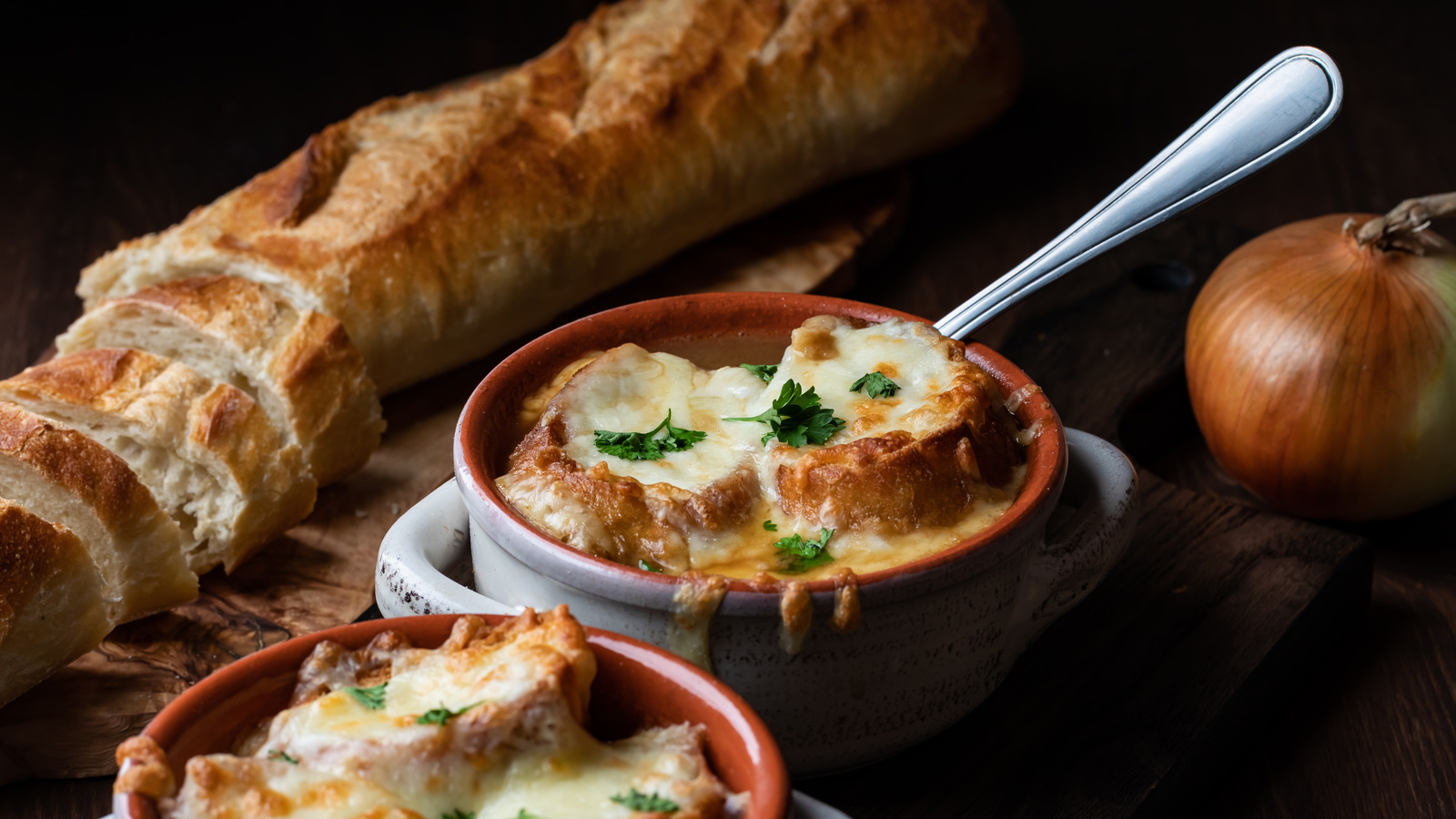 The step not to miss when preparing an onion soup

Let’s be honest. If you ordered a bowl of French onion soup at a restaurant and they brought the broth and bread but skipped the cheese, you’d be pretty upset. French onion soup is not complete without cheese, especially Gruyère. Without that melted goodness on top, the soup lacks a bit of luster. If you want to make the best French onion soup possible, Kitchn insists that you absolutely must top your soup with crusty bread like sourdough and pile on as much Gruyere as you can before placing your bowl under the broiler to bubble and melt.

Why is Gruyère so important in French onion soup? It’s all in the quality. Castello Cheese tells us that this cow’s milk cheese is full-bodied and nutty. Swiss-made cheese can take up to 18 months to fully mature and is extremely melty, making it perfect for French onion soup.

But if for some reason you don’t have good old Gruyère tucked away in your cheese drawer or don’t find it appealing, The Pioneer Woman offers us several substitutions, the first of which is Emmental. Emmental tends to melt like Gruyère but has larger holes and a buttery flavor. For those of us on a budget, American Swiss cheese is similar to Emmentaler. Finally, Comté has a flavor similar to Gruyere, and when young it can be easily melted on top of your soup.