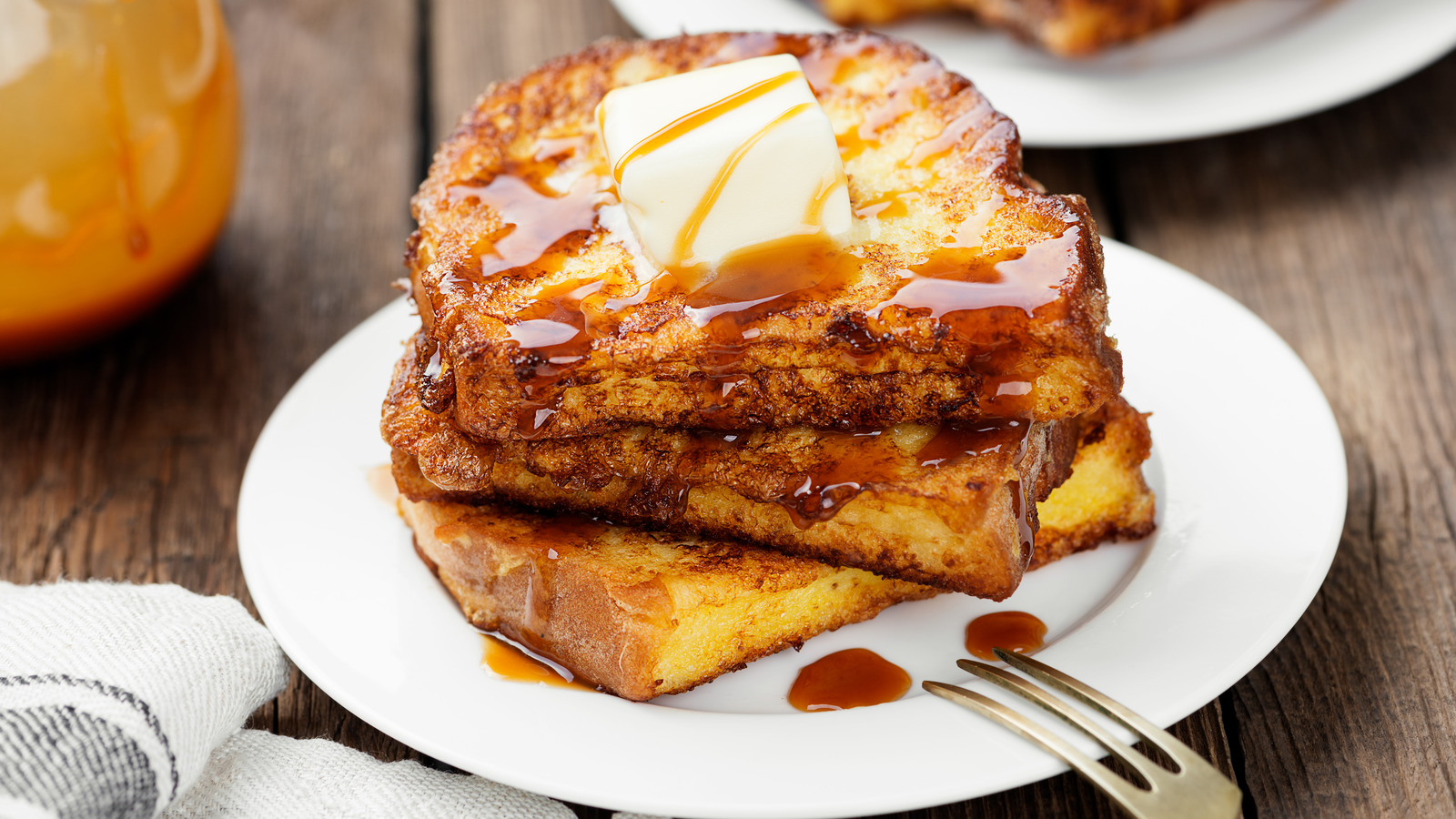 Traditionally, butter is first added to the pan before frying French toast. But using butter alone means you run the risk of burning it, which will affect the taste of your French toast.

To avoid this, Real Simple recommends adding a mixture of butter and oil to the pan, to avoid burning and smoking while cooking. The reason adding oil to butter in the pan works is that it controls the smoke point of the butter, which slows browning, according to The Kitchn.

As for what type of oil to use in the pan, The Kitchn suggests a neutral oil, such as canola, so it doesn’t overpower the buttery flavor. Remember to clean the pan after each batch of French toast, then use a new combination of oil and butter (via Bon Appétit).

And so that the amazingly caramelized French toast doesn’t cool after baking, Martha Stewart recommends placing the baked slices on a wire rack, on a baking sheet, in an oven heated to 250 degrees. This way they will be as hot and flavorful as the last bits you remove from the pan.

After that, it’s a matter of choosing your toppings and digging in – preferably from the comfort of your bed.