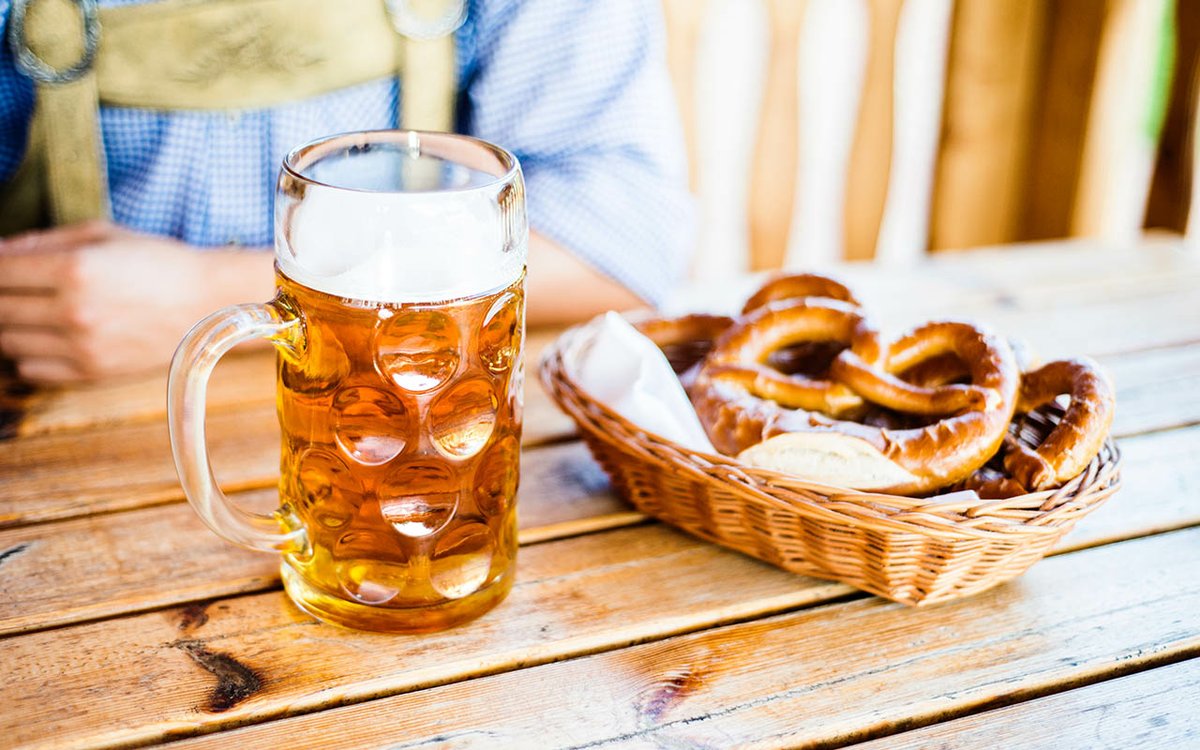 It’s autumn now. It’s just. There may still be warm days ahead, but the leaves are leaving, the corn has been shucked, and you’re wondering what vest to wear in the orchard. These are the fickle glory days, there’s no way to count them because they’ll end when they do. In the meantime, it’s time to swap State Fair for Oktoberfests, get ready for French food again, and think about bars near stadiums.

The Search for fall colors is live! Watching the leaves is a hit.

Slice, the first black-owned pizzeria in Minneapolis, is jumping into the post-Fair pickle pizza craze with pickle pie for a limited time. PSA, for those in need of a pickle fix: Young Joni has a high version of the pickle ‘za for now, and QC Pizza and good time pizza brought the brine for a while.

Island roll and coffee, famous for its huge cinnamon rolls and twisted puppy tails on Hennepin, just got a food truck. Yes, expect sweet treats and coffee from the new set of wheels, and follow their social media to find where it will stop.

+ The MOA candy has turned into Candy Express. The new concept takes the original brasserie format and transforms it into a fast-casual venue more suited to quick meals. You will still be able to find all the drinks and sweet dishes as before, just order at the counter. They plan to expand this version of the concept nationwide, some might even be behind the wheel.

+ sweetgreen, the fast-growing Los Angeles-based salad chain, will finally open its highly anticipated Galleria location on Tuesday, September 13, beginning its takeover of the Twin Cities market. The North Loop, St. Paul and U of M sites will come next.

+ Out in Blaine, 2 pink squirrels enjoy the nostalgia of soda fountains with a sweet twist. Enjoy boozy milkshakes, a cocktail menu with a 90s section, and N/A drinks for everyone. Your sweet tooth will thank us later.

– Well, not even really an opening: The Angry Line Cook food truck, which last week we announced would be expanding to Graze Food Hall, took breaks. They won’t grow, for very good reasons related to respecting their bandwidth and not running out. No burger is worth your sanity. They will still ride the truck, visit them there.

+ News broke this week that Vincent Francoual, who recently joined Restore Restaurant Holdings and took over their kitchen at EaTo, would indeed open a new spot. The space that once housed Bacon Street Social in the Mill District Hilton will be transformed into a laid-back Frenchy spot later this fall.

+ Restaurant Francis Burgerwhich serves plant-based burgers and fries from a food truck outside Sociable Cider Werks, will only be parked at the cider house until Monday – their northeast brick-and-mortar store is expected to open later this fall.

+ Fast casual Sweet Paris Creperie & Café The chain is bringing four stores to the Twin Cities subway, with its first opening slated for spring 2023. Get these sweet or savory French pancakes for breakfast — the menu also features waffles, paninis, cocktails, and more.

// It’s the weekend of the grape stride in Sovereign wine estate. Come for complimentary wine tastings and yacht rock, plus a European-inspired wine-in-white dinner in the vineyard on Sundays. Maybe crush the grapes before moving on to your best whites?

// The Korean three-day Chuseok festival is celebrated in Bap and Chicken This weekend. Celebrating the fall harvest on September 10, festivities include a kimchi-making station, karaoke, and food and drink specials with giveaways and raffles.

// Having smoked meats with your mezcal tasting might just be the life balance you need. Solo Vino and Revival have teamed up for a series of Sunday Mezcal Brunches on September 18, which just might be what you need to kick-start your mezcal mastery. Your $60 will entitle you to a tasting and discussion of the spirit of Mexico’s seven regions, including culture, history, and traditions. During this time, a family brunch will sustain you.

// You’ll want to get tickets to the September 22nd launch party for Spirit of Sushiman at Tattersall in River Falls. The festival will include a live demonstration of Billy Tserenbat breaking down a whole tuna, as well as sips of shochu-style rice spirit, small plates and specialty cocktails. Get a driver.

// It’s funny: The evil Greek now hosts Backgammon Tuesdays at its Snelling location, as well as 2-for-1 Greek Wines when you BYOB (bring your own board) or a friend to play against.

// Also: This is the Minneapolis Greek Festival This weekend! Head to St. Mary’s Greek Orthodox Church in south Minneapolis Sept. 9-11 to sample classic Greek dishes, from gyros to spanakopita, not to mention Greek desserts like loukoumades (essentially Greek donuts ), baklava and other baked necessities to take home. Come for the food, stay for the dancing.