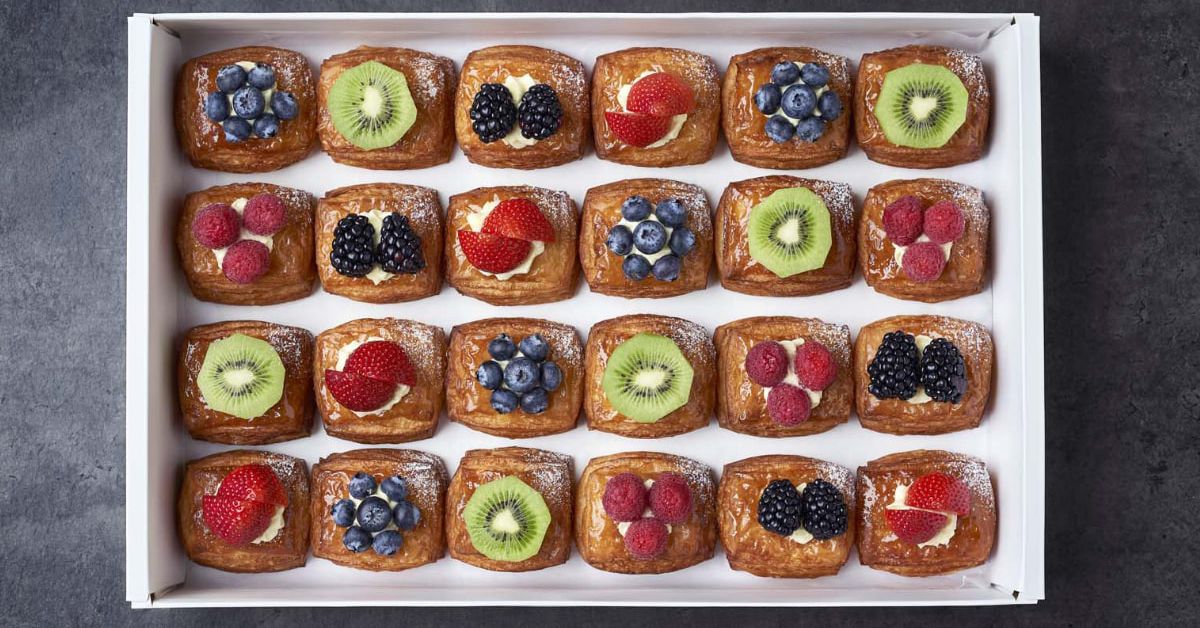 The chain is known for its Korean and French baked goods – fruit and cream-filled buns, mochi donuts, red bean rolls, croissants, pies, raisin breads, egg tarts and more. Then there are the beautifully decorated decadent cakes, available by the slice or whole, as well as different types of bread, such as baguettes (duh), pain au lait, and croissant breads.

It’s not just sweets, it’s savory foods, like sandwiches (yes, some made on baguettes), wraps, and salads. On the drinks side, there are hot and iced coffee and espresso drinks, matchas, teas and hot chocolates.

The Austin location offers indoor and outdoor seating. Online ordering is not yet available.