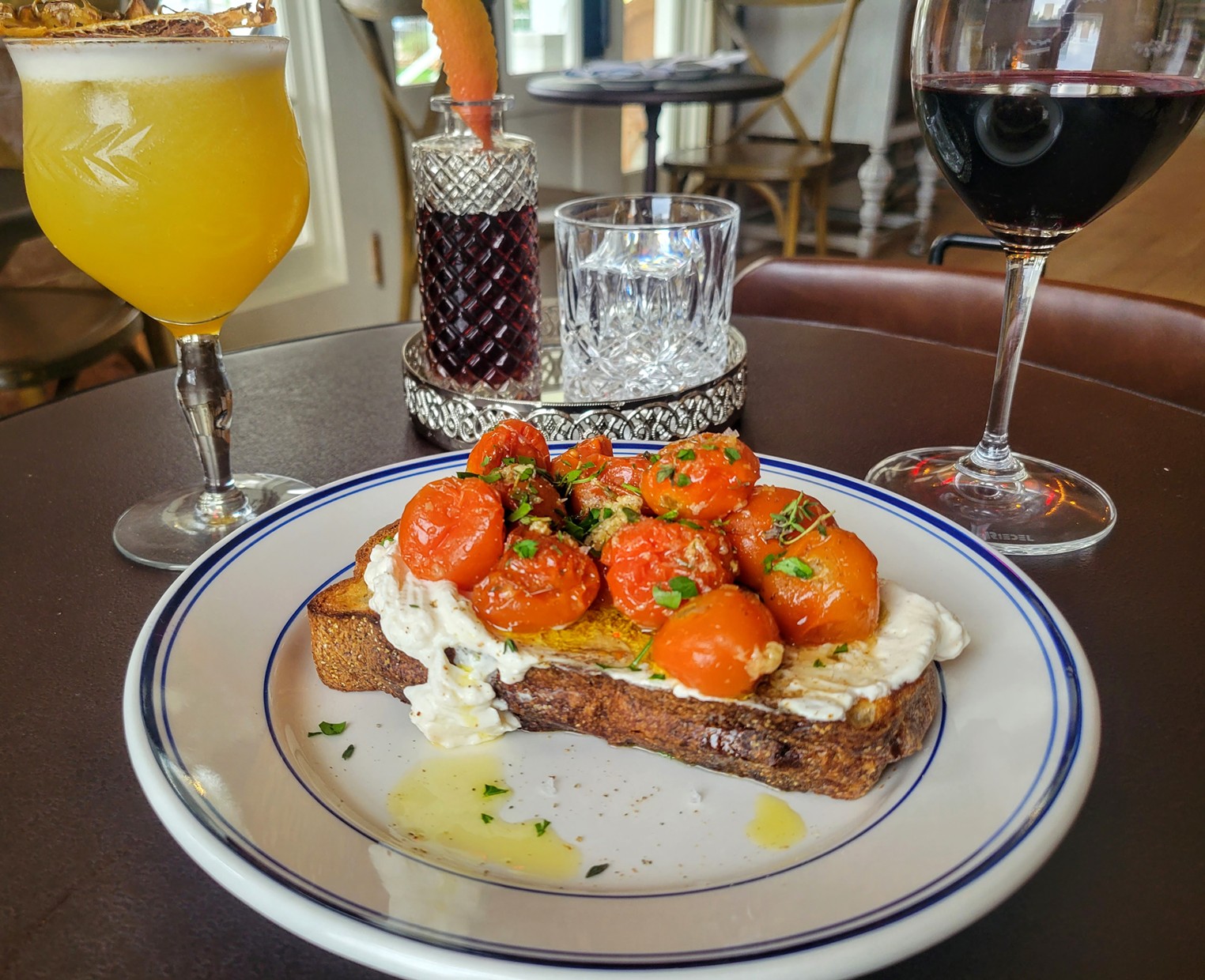 A renowned restaurant duo have unveiled a new French-themed bistro in one of the Roosevelt District’s most recognizable homes, the historic Knipe House. Foolishness, run by chef TJ Culp and restaurateur Esther Noh, recently opened in the turn-of-the-century house, showcasing a tribute to French classics inspired by the culture of cafés and brasseries on the streets of Paris.

The interior of the historic 112-year-old Knipe House has a rustic-chic vibe that transports you out of the desert and into a European oasis. An antique fireplace, long mirrors, wooden furniture, classic discs around the room, and light brick walls give a cozy but whimsical feel to the whole space.

Culp is best known for his Restaurant progress in the Melrose district, and he and Noh own the wine store next door, Montecito Bottle Shop.

Support the independent voice of Phoenix and help keep the future of The New Times free.

There are also more refined French options with a modern twist, such as oysters with caviar, Burgundy snails (“gros gras”, known as Culp) and steak tartare. Most of the products are imported from France, bought in local places or are pickled and dried in-house.

Culp says cocktails are just as important as food when dining at Sottise. Beverage manager Lucas Swallows, originally from New Mexico, is in charge of the cocktail program at Sottise and is responsible for making French spirits fun in a cool and modern way. One innovative creation is the New Fashion, an Old-Fashioned with an aromatic sweet coconut taste, or the Kokopelli, which has Christmas flavors, says Noh.

Foolishness hopes to expand in a few months by adding bar seating and patio seating throughout the property. Culp says they take it day to day.

“At the end of the day, I want to stay in this house and see this neighborhood grow,” he says.

Sottise opened in mid-December and now accepts reservations through its website for dinner from 5 p.m. to 11 p.m. Tuesday through Sunday. Reservations can be made at the restaurant website or via Instagram.