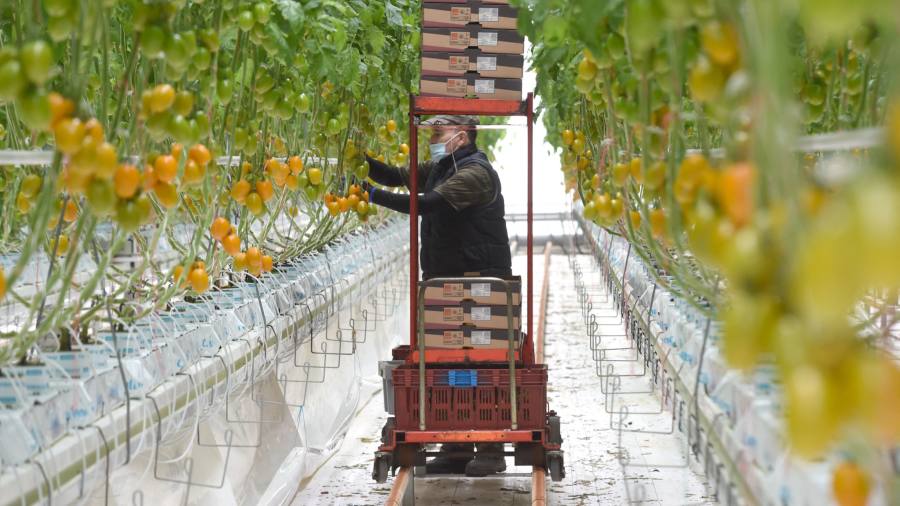 Tony Montalbano’s family have been growing vegetables in the South East of England for decades, uninterrupted by recessions, economic shocks or bouts of high inflation.

But this year, soaring costs for heating his greenhouses following a growing energy crisis triggered by Russia’s war in Ukraine have forced him to consider giving up growing his usual crop of cucumbers.

“The price has gotten out of control, it’s ridiculously high,” Montalbano, 40, said of his energy bills. This year’s production from his farm in Essex County would be half its normal size due to its cost-cutting measures, he added. “The gas just spiked and that’s something I wasn’t prepared for.”

Across Europe, farmers and food companies are cutting production as they struggle to cope with soaring energy costs. Montalbano said his energy bill was about five times what it was this time last year. The prospect of seasonal food shortages has prompted warnings from industry and frantic calls for government support, at a time when Russian President Vladimir Putin has cut gas flows in response to Western sanctions.

Crops that require intensive heating in colder climates, such as cucumbers, tomatoes and lettuce, are most directly affected. But the energy crisis is having a wider impact on Europe’s food supply chain, with bakers, dairy farmers and other producers, including sugar beets and olives, also struggling to pay their bills, as the costs are rising much faster than the prices they can get from wholesalers.

Pekka Pesonen, general secretary of Copa-Cogeca, which represents EU farmers, said this week that the repercussions of the high bills had been more serious than expected. The price of inputs such as fertilizer and animal feed had soared, while rising costs for refrigeration, heating and transport had deterred farmers from planting.

The EU is discussing plans to cap the price of energy for businesses and households, but also to impose reductions in use, which could affect farmers. The UK has unveiled a plan that would support businesses, but only for six months.

But it is already too late for many. Jimmy Russo, co-owner of UK-based Valley Grown Salads, said: “I suspect 75-80% of UK salad growers will not be planting next year. . . because it makes no economic sense. It’s fair to say that the salad business has been abandoned.

Hot weather this summer compounded the problem, leaving Russo unable to grow most of his normal crop. But natural gas which last year cost him 50p per therm now costs £3.75, and he has been quoted £5 per therm for the winter.

In the Netherlands, which accounts for nearly a fifth of global tomato exports, many greenhouses are shutting down. Businesses that normally use lighting to help grow tomatoes “probably won’t do so next winter due to high electricity prices,” said Alexander Formsma, energy specialist at Glastuinbouw Nederland.

Alfred Pedersen & Son, the largest tomato supplier in Sweden and Denmark, which operates 350,000 square meters of greenhouses, said it would also shut down this winter. It supplies supermarkets with 20,000 tonnes of tomatoes a year, of which about a quarter is produced in winter.

Energy costs have increased tenfold from a year ago, said Torben Roll, its chief operating officer. “A huge amount of tomatoes will be missing” from the northern European supply chain, he said, adding that growers in warmer climates such as Spain and Morocco may not be able to supply them. fill the void.

Some French sugar beet growers have had to bring their harvest forward for fear of a possible shortage of winter gas. Tereos, France’s biggest sugar producer, said it would act early to begin the energy-intensive process of turning beets into sugar.

“Industrial groups feared that in the event of a gas shortage, they would be cut off,” said Timothé Masson, an economist at the French Union of Beet Growers.

While rising energy prices most directly affect the use of heated greenhouses in colder climates, farmers in warmer climates are still impacted by higher input costs and extreme weather conditions.

In Italy, where growers were already battling a drought over the summer, around a third of the country’s farmers are operating at a loss, according to a study for Italian agricultural union Coldiretti by data analytics company Centro Studi. Disclosed.

Filippo De Miccolis Angelini, a member of Coldiretti who grows cereals and vegetables, including olives, on his farm in the southern region of Puglia, said his monthly energy bill had almost tripled compared to last year, while fertilizer prices were four times higher. “We will press the olives for sure, but we are very afraid of the costs,” he said.

Some farmers also choose to resell the electricity they have agreed to buy at a fixed rate, rather than using it for farming. “I know farmers who have a fixed two-year contract. . . and calculated that it makes no sense to use it rather than sell it, trade it to someone else. It’s a business decision,” one said.

Back in the southeast of England, Montalbano said some other growers closer to retirement age were pulling out, while those with land were also cashing in. , like peppers.

“If I don’t grow, how do I pay my bills? ” he said. “I keep dipping into my savings, which means I’m stepping back. So where am I going?