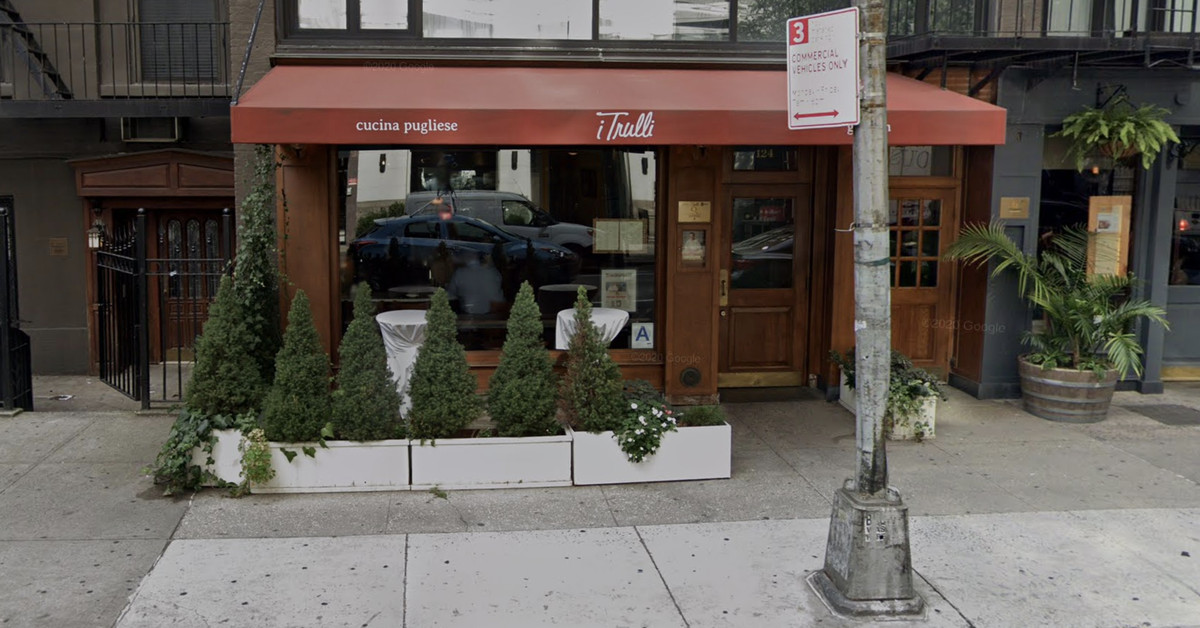 Nearly two years after restaurants inside New York were first closed, restaurants and bars continue to close. At least 1,000 have closed since March 2020 due to the economic downturn caused by the coronavirus pandemic. Due to the difficulty of tracking restaurant and bar closures, experts say that number could be even higher and will likely take months or even years to assess.

Among them are the short-lived, plantain-focused Kelewele, as well as a longtime Italian restaurant, Sandro’s. Below, Eater documents the city’s permanent restaurant closures so far. If a restaurant or bar has closed in your neighborhood, let us know at [email protected] This post will be updated regularly.

Greenpoint: Italy Pizza, a home for quality calzones, heroes and slices in Greenpoint, will not reopen. According to neighborhood website Greenpointers, a staff member at Greenpoint Original Pizza, two blocks from the same team, confirmed the closure.

Center-East: Jubilee, a cozy and neighborhood favorite French bistro, has closed its doors. Chef Luc Holie and manager Ilda Araujo announced the closure in an email to customers in February, writing that their lease had expired on December 31 and that they were unable to reach a new agreement with their owner.

Nomadic: Twenty-seven years after it opened on the border of Kips Bay and Flatiron, fine-dining Italian restaurant I Trulli has ended. The restaurant survived a 400% rent hike and at one point there was no tipping, but owner Nicola Marzovilla quit before the second anniversary of the pandemic. He announced the closure in an email to customers on February 9. “As the saying goes, all good things come to an end,” the post read.

Upper West Side: Kosher pizzeria Cafe Roma is No more. The slice shop with knishes, bourekas and other Jewish dishes closed Jan. 30, according to neighborhood blog West Side Rag. The restaurant, originally located on 91st Street and Amsterdam Avenue, had been operating in the neighborhood for over 25 years.

Upper West Side: Joe’s Coffee Company is call him quits after a rent increase at his store on the corner of 73rd Street and Amsterdam Avenue, according to West Side Rag. The New York City coffeehouse chain has two additional locations nearby, at 187 Columbus Avenue and 514 Columbus Avenue.

Downtown Brooklyn: Rachel Laryea’s stall at Dekalb Market, powered by plantain Kelewele is not anymore. Laryea took to Instagram this week announce the closure of the restaurant, which opened last June. After opening in downtown Brooklyn’s food hall, Laryea has expanded with another location at Barclays Center, which also closed. According to the Instagram post, the chef is focused on wholesale distribution of her plantain treats.

East Village: Baker’s Pizza ceased operations on Avenue A. The team confirmed the news on Instagram last week, writing that a “new owner could reopen but probably change the branding and name. I’m done!” Owner Jordan Baker opened the pizzeria in 2016 and became known for his focaccia, meatball sandwiches and huge pies.

Fort Green: The Fort Greene Business Improvement District announced the closure of Fulton Street’s broccoli bar this week. The restaurant started with a all broccoli, vegan menu in 2020.

Williamsburg: The owners Zack and Diana Wangeman shared on Instagram this week that their restaurant in Williamsburg, Sober Masa Coffee, closed permanently following a temporary closure. The much-loved spot opened during the pandemic and has become known for its exceptional breakfast tacos and all-day cafe vibe. The Wangemans cited omicron-related struggles as the reason for the closure, saying they will focus their attention on Sobre Masa Tortilleria, a taqueria, cocktail bar and corn tortilla production facility they opened last year at 52 Harrison Place, between Morgan and Knickerbocker Avenues. , in Bushwick.