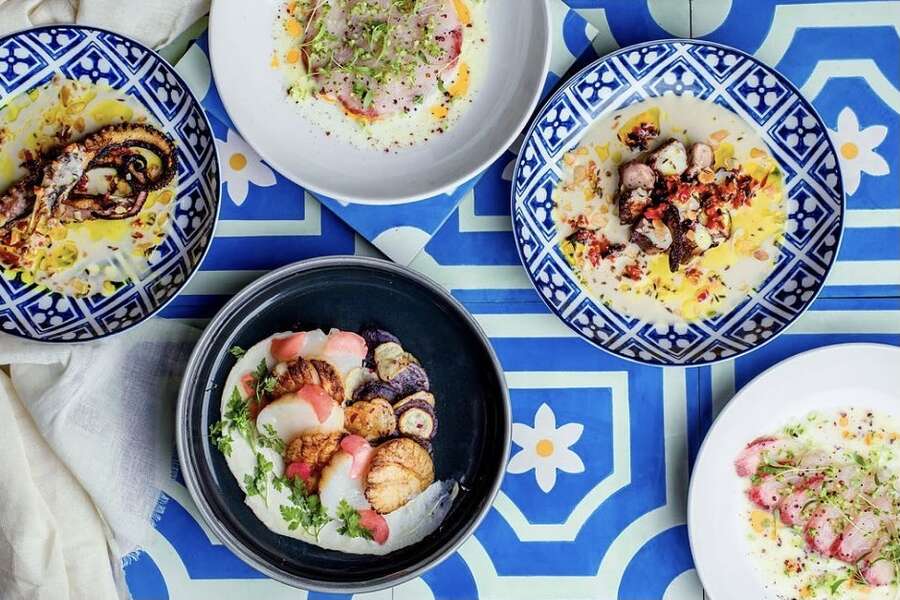 New openings in Washington DC: places to get excited this fall

Running a restaurant or bar right now is tough, there’s no question about it. From expanding delivery and take-out programs to additional safety precautions, including the requirement for masks and the requirement to vaccinate customers, there is a lot that rests on the shoulders of restaurants in this regard. moment.

But even with all the challenges the past 18 months have thrown at them, there are several new restaurants and bars on the horizon that will make for an exciting fall. Local chefs and restaurateurs are expanding their empires in and around the DMV region and proven favorites from across the East Coast come to town to show DC what they’re made of, and we couldn’t be more excited. While there are plenty of new openings to look forward to (and surely some that haven’t been announced yet), here are 10 new places that are opening their doors soon and bringing something new to the neighborhood.

Address:1705 14th St NW
Opening date : End of August
DC hospitality veterans Jean Paul (JP) Sabatier, Ralph Brabham and Drew Porterfield open their dream cocktail bar and it’s called Jane Jane. Located off 14th Street, Jane Jane offers an extensive menu of classic cocktails and bar snacks. The service will be offered in the evening until the wee hours of the morning and there are also plans to add a weekend brunch service this fall.

Diners will enjoy traditional bar snacks such as seasonal pickled vegetables in addition to a variety of homemade fries and dips: chili cheese, onion dip and “Jane’s Caviar” (trout roe served with crème fraîche. ). The cocktail menu offers a wide selection of favorites like Negronis, Manhattans and martinis, in addition to often overlooked classics like Last Word and Air Mail. To complete the drink menu, a seasonal selection of house cocktails created by Sabatier such as the Crop Top, an avant-garde drink with herbal and citrus notes, and several non-alcoholic options.

Wine and Cheeseburger: Harley and Lara pair Falafel with wine

Address:100, district square, the wharf
Opening date : August September
Known for its blend of modern and traditional Lebanese cuisine, ilili is a New York-based restaurant that is relocating to the District. Despite being based in New York City, chef and owner Philippe Massoud has a history in the DC restaurant scene as a defining influence in the now closed upscale Mediterranean restaurant Neyla in Georgetown.

Address: 2017 14th Street NW, U Street
Opening date : September
Chef Peter Prime and co-owner Jeanine Prime will soon open St. James, a modern Caribbean restaurant, as an extension of their successful restaurant, Cane, which opened in 2019. The dishes reflect the melting pot of the region’s cultures with elevated and creative menu items celebrating the diversity of Pan-Caribbean cuisine.

Plans for brunch and dinner service are underway, and St. James will have a patio with a dozen seating areas and accommodations for standing room service only. The restaurant is named after the St. James district of Trinidad’s capital, Port of Spain, the island’s cultural center, representing a confluence of the country’s many influences from descendants from the East Indies and China, as well as the culinary traditions of black Trinidadians.

Baker will use his classical training in French to bring together the multicultural flavors of the two southern cities. Michele’s will offer a new upscale American dining experience and will be located in the chic Eaton DC Hotel. The menu offers family dishes with seasonal products and ingredients. Dishes include a gruyere omelet with fine herbs and a morel salad, a plate of white asparagus with grilled spring onions and béarnaise, and a plain cream with Maryland crab and grapefruit sabayon.

Address:513 W. Broad Street, Falls Church
Opening date : September
Chef and owner Thomas Harvey’s goal for his new 2,600 square foot counter service restaurant is to become the neighborhood favorite in Falls Church. With 48 seats in the main dining room and a 12-seat beer and wine bar, the restaurant will offer breakfast, lunch, dinner and weekend brunch daily. Harvey’s relies heavily on classic American fare, from sandwiches to homemade pasta, and split bananas for dessert. Breakfast entrees range from $ 7 to $ 12, sandwiches from $ 12 to $ 18, and entrees from $ 13 to $ 28. Special offers will be posted daily.

A retail market is also planned for the space. It will feature specialty items that are signatures of the restaurant’s pantry, as well as packaged prepared foods to take out. Harvey has several relationships with farmers in Virginia, including Seven Hills Foods in Lynchburg and Sylvanaqua Farms in Northern Neck, Virginia, and will carry exclusive items featured exclusively in the market.

Address: 4040 Wilson Blvd, Arlington
Opening date : End of September
The Salt Line, the popular Capitol Riverfront spot that pays homage to iconic New England oyster homes, will open a second location in Arlington’s Ballston neighborhood in September. Executive Chef Matt Singer will run the kitchen in partnership with Chef and Long Shot Hospitality partner Kyle Bailey, who will bring his own culinary influences to the menu.

Guests can expect the same New England classics as those at Navy Yard Restaurant, plus homemade pasta, an expanded selection of crudo, and daily breakfast service. The 3,800 square foot space will include more booths in response to requests for additional space from COVID-conscious customers, as well as a large patio and bar and lounge for plenty of outdoor seating.

Address: 1100 15th St. NW, Downtown
Opening date : October
Chef Nicholas Stefanelli, who is behind The Wharf’s trattoria, cafe and market nicknamed Officina and the Michelin-starred tasting room experience in Masseria, will present a new restaurant concept this fall around Greek cuisine. The restaurant will open in the Midtown Center complex, a mixed-use office and retail environment popular with 9-to-5s that also includes the bestselling New Orleans restaurant, Dauphine, and will host more later. This year.

The restaurant is slated to open in October and will import specialty cheeses, wild herbs and olive oil, as well as highlighted dishes and wines representing the Greek regions from Thessaloniki to the island of Crete. .

Address: 550 Penn Street, NE, Union Market
Opening date : October
Unido Roastery comes from the team behind Cafe Unido (located inside La Cosecha, the Latin American Market near Union Market). They expand and open a roasting in the Dolcezza Factory space. Café Unido will be committed to roasting and serving exclusively Panamanian coffee beans, including the exclusive and coveted variety of Geisha. The team develops close relationships with farmers across the country, sourcing grains from volcanic, oceanic and mountainous climates for a diverse range of flavors.

The roasting will be supervised by Chief Roaster Benito Bermúdez. The centerpiece of the space will be a 12-seat tasting station and two available filter coffees, Unido’s signature blend and a single rotating varietal.

Expect food served by award-winning Panamanian chef Mario Castrellon. He’s scooped up burgers at Unido cafes in Panama, polishing his signature to play the classic with American cheese. The burger is garnished with a cascara ketchup – with a fruity sauce, but as tasty as the barbecue – made from the dried skins of coffee cherries.

Address:327 7th Street, SE, East Market
Opening date : November December
On Capitol Hill, the former Montmartre restaurant should be something of a homecoming for chef Andrew Markert, who currently runs Fight Club and Beuchert’s Saloon, located about a block on Pennsylvania Avenue. Newland will be his renowned restaurant, and it is named after the Baltimore street where Markert grew up.

Guests will get a taste of his mother’s and father’s cooking – being a Marylander which obviously means crab, but also rockfish and other Mid-Atlantic seafood, with cooking techniques that will draw on the Markert’s expertise in classical French and Italian techniques. The menu will be locally sourced and divided into five categories: farm (vegetables), cereals (freshly made pasta and rice dishes), sea, land and sweets (dessert). Mackenzie Conway (also of Beuchert’s) will host a wine-focused program that will showcase under-represented wines, as well as classic styles from lesser-known producers.

Shaw
Address: 1027 7th Street, NW
Opening date: November December
From the Michelin-starred team at Dabney, Petit Cerise will present Jeremiah Langhorne and Alex Zink’s perspective on a French-inspired restaurant open all day. Self-proclaimed Francophiles, Langhorne and Zink have always cherished the idea of ​​opening a French restaurant, but Petit Cerise, which means “little cherry”, is far from your mundane bistro.

The menu promises market cuisine, simple, well-executed dishes and lesser-known French regional specialties. The finest local ingredients, like those found at The Dabney, will be available alongside a unique selection of authentic French imports. In addition, the team made it their mission to have the best croissants and baguettes in town. Everything will be complemented by an entirely French wine list and a menu of seasonal cocktails.

Did you thank a school bus driver? – The gallery