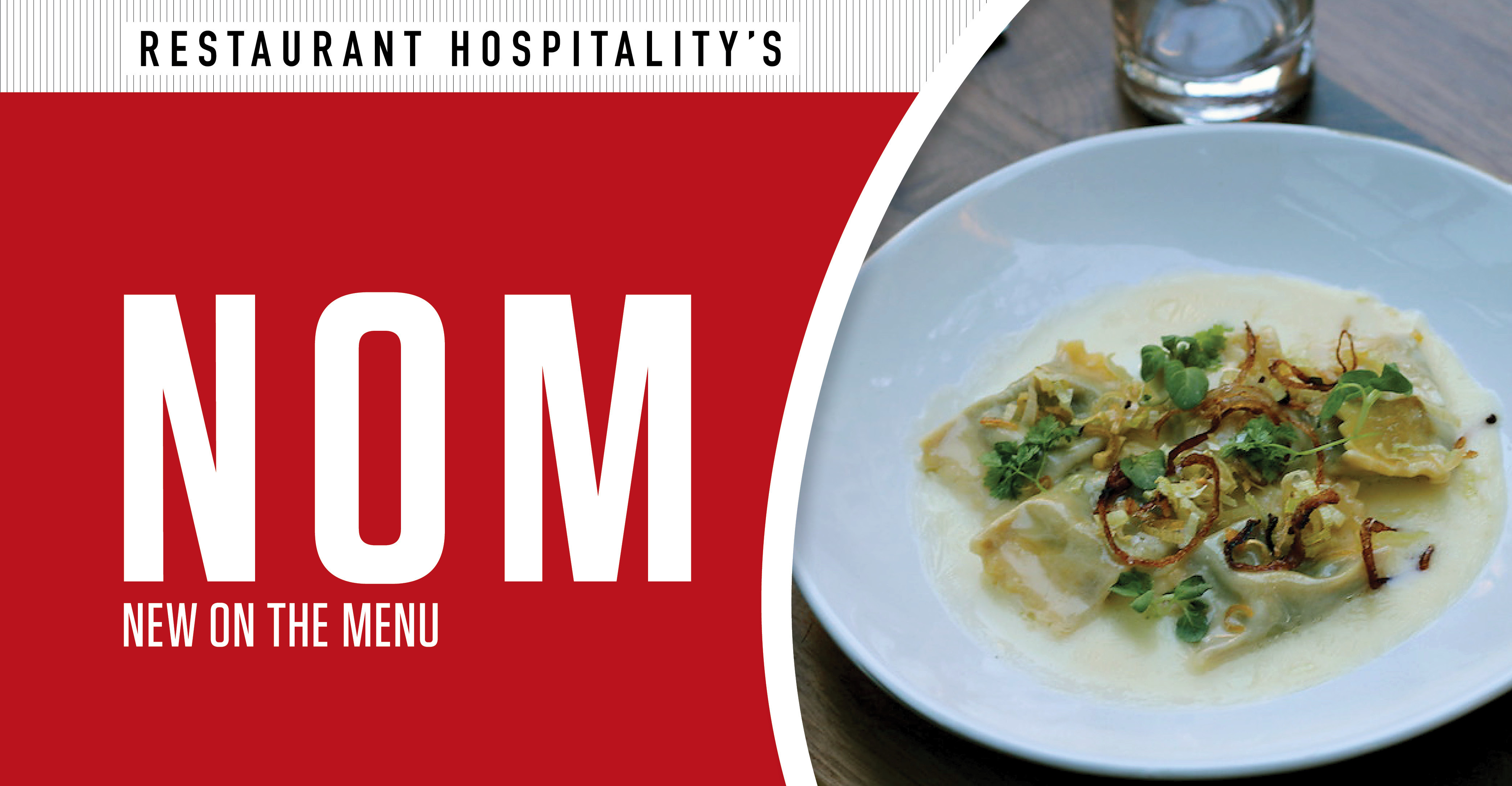 New on the menu: Apple tabbouleh and onion agnolotti

Believe it or not, wrapping French onion soup in a dumpling isn’t new – it’s long been a signature item at ChoLon in Denver. However, Adam Hodgson, chef at Church and Union in Nashville, gives it an Italian twist by inserting a scaled-down, gelatinized version of the soup into pasta and serving it in a gooey sauce and cheese.

In Asheville, NC, at a steakhouse called Asheville Proper, chef and co-owner Owen McGlynn also gives his ribs an Italian accent by serving them with gremolata, a seasonal touch by making this gremolata with pumpkin, and a local twist using pork from a North Carolina farm.

Seasonality is also in the mind of Jordan Anderson of Sami & Susu in New York, where he embellishes his apple tabbouleh (to be replaced by English peas in spring and corn in summer).

And in San Francisco, at the newly renamed Bluestem Restaurant & Market, Adam Jed offers a cocktail made with local vodka and inspired by both the historic California Gold Rush and San Francisco’s current adoration for the amaro.