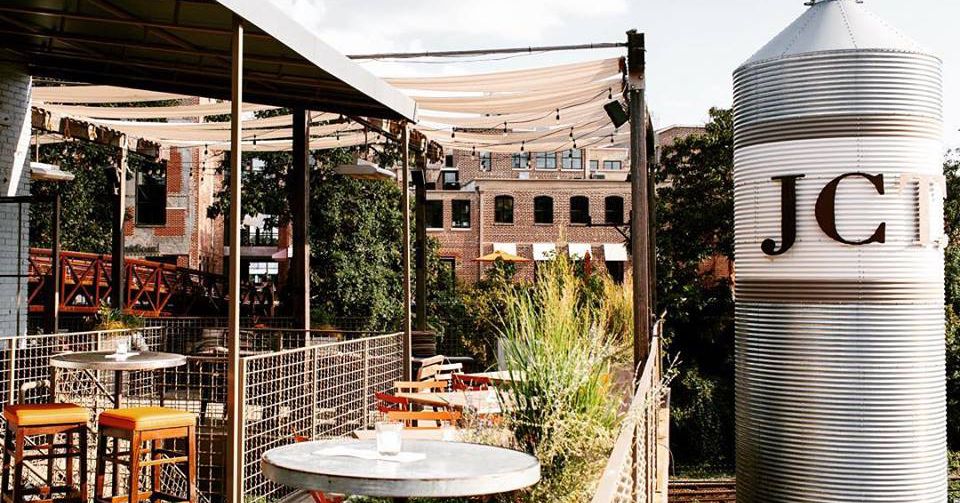 After closing JCT Kitchen and Bar at the end of 2021, Ford Fry has just revealed its plans for the next iteration of the multi-level dining space in the Westside Provisions District.

Taking over the former JCT Kitchen, Little Sparrow is described as a neighborhood restaurant serving classic bistro fare inspired by cafes and bistros found in Brooklyn and Europe. Upstairs in the former JCT Bar space, White Bar will be first come, first served for cocktails and entrees like steak frites.

Little Sparrow and Bar Blanc are slated to open this fall.

Fry enlisted Atlanta design firm Smith Hanes Studio to create what he calls a “classic brasserie aesthetic” for Little Sparrow, which was the nickname given to little French singer Edith Piaf. She was also the lover of 1940s boxer Marcel Cerdan. Fry named his neighboring steakhouse Marcel for the French boxer. In keeping with Fry’s vision of making Little Sparrow an everyday neighborhood spot, Smith Hanes Studio opts for a “timeless” and laid-back feel in its restaurant design.

As for Bar Blanc, design firm founder Smith Hanes envisions the space as the imagined meeting place for 1930s cocktail illuminati like Harry Craddock, a famous English bartender who worked at the Savoy Hotel in London and wrote one of the first cocktail tomes “The Savoy Cocktail Book”. ”.

“You come here to see and be seen. You come for the kind of drink that is the envy of every other bar in town,” Hanes said in a press release. “You come for such high quality of food and such a confident chef that the menu is less than half a page.”

This bite-sized menu will include steak frites, burgers and other French-leaning cafe dishes paired with classic cocktails served in a reclaimed turn-of-the-century bar in Belgium.

JCT Kitchen and Bar opened in 2007 in the Westside Provisions District and became known for its Sunday dinners, fried chicken dinners and angry mussel bowls. The second-floor bar was a popular spot for happy hour and late-night cocktails with a patio overlooking the train tracks that divide the resort.

In December 2021, Fry announced the closure of JCT Kitchen and Bar after nearly 15 years in the Westside Provisions District, saying it was “always a neighborhood restaurant and what comes next will affect also in the same vein, but it will be in a new new way.”

Later this year, Fry plans to open a fifth Atlanta location of his tex-mex restaurant Superica, which takes over the former 404 Public School space on Howell Mill Road next to his seafood restaurant and bar. Optimist Oyster Shop.