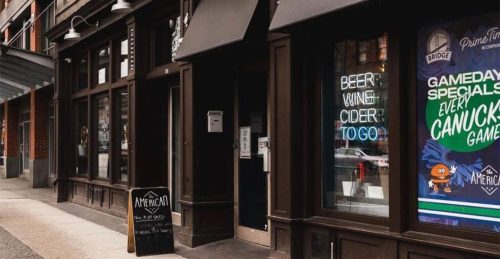 Multitudes of popular Vancouver restaurants close due to COVID-19

Several Vancouver restaurants have announced they are temporarily closing this week due to COVID-19 cases among staff amid the peak holiday season.

Temporary closure notices come as the Omicron variant becomes dominant in British Columbia and spikes the number of cases. The province broke its all-time high for new daily cases on Tuesday and broke it again on Wednesday.

This Mount Pleasant restaurant and bar announced its closure for a week on Wednesday after a staff member tested positive for COVID-19.

“We want to make sure that we keep things under control and that we can provide a safe environment for our customers and our staff,” he said in an Instagram post.

“In light of growing concerns over some new covid exposures among staff, we will be closing early to give everyone peace of mind and extra time to be home with their family for the holidays,” he said. -he declares.

The restaurant closes until after Christmas because one staff member has tested positive and everyone who worked with them is in isolation awaiting their test results.

“Rather than running with a small team, we are going to give the staff an early Christmas break to relax and enjoy some downtime,” he said in an Instagram post on Wednesday.

This downtown spot for French cuisine is also closed until December 28 due to a COVID-19 outbreak among staff.

This Vietnamese restaurant in Chinatown was closed over the weekend when a staff member tested positive and the rest of the team had to get tested. The restaurant reopened on Wednesday.

British Columbia on Tuesday announced tougher COVID-19 measures to combat the spread of Omicron, including limiting restaurant tables to a maximum of six people without meddling between parties.

How to spend your lunch break during a road trip abroad

Best dishes to try in Bangkok this weekend: holiday highlights