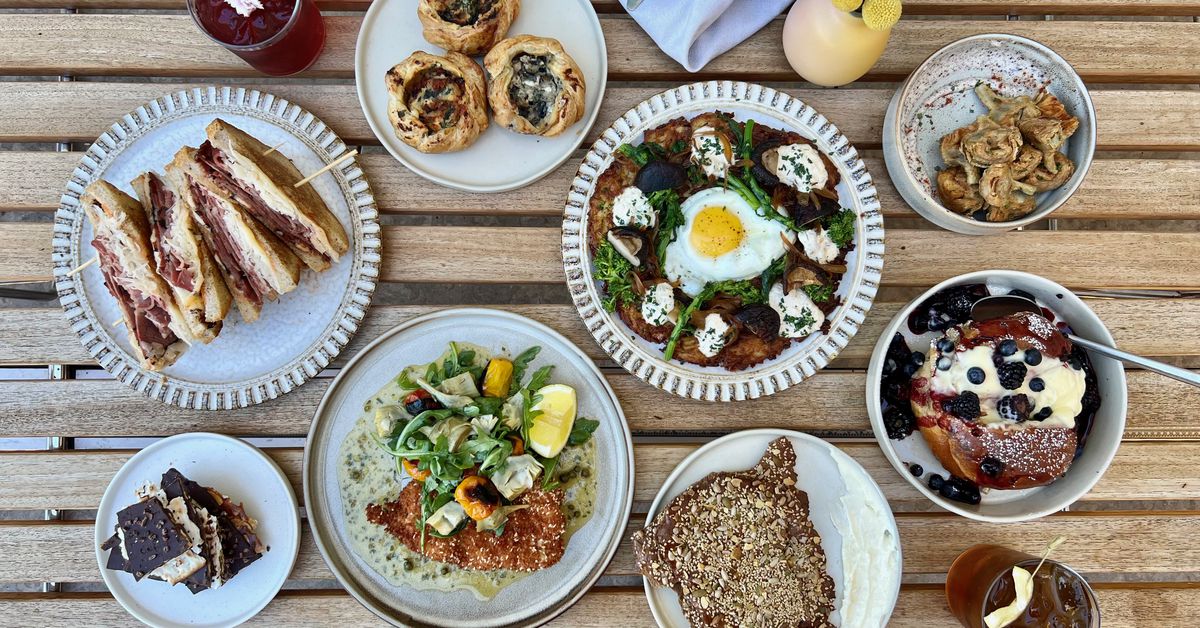 Shining a light on a seriously underrepresented cuisine in San Diego, golden finch will be a modern deli steeped in Ashkenazi and Sephardic-style cuisine — and Jewish culture — opening in the Torrey Pines area in early September.

Developed by the Urban Kitchen Groupthe restaurant is an opportunity for founder Tracy Borkum to honor her Jewish heritage through a menu inspired in part by family recipes passed down by her mother, aunt and grandmother and interpreted by the group’s chef-partner Tim Kolanko alongside a culinary team that includes chefs Jeff Armstrong, Frankie Becerra and Adrian Mendoza.

Named after Golders Green and Finchley, two London neighborhoods with large Jewish communities where she grew up, Gold Finch is Borkum’s tenth project in San Diego and Orange County. In business for nearly three decades, his hotel group runs the longtime Cucina Urbana as well as Artifact at Mingei and is preparing to launch a restaurant at the San Diego Museum of Contemporary Art’s new La Jolla site as well as a cafe. in Bay Park.

Incorporating a quick-service deli counter stocked with a selection of charcuterie, smoked fish, salads, sides and pastries ranging from bagels and bialys to rugelach and babka, Gold Finch will also be a full-service restaurant serving breakfast and lunch on weekdays as well as afternoon snacks like schmaltz potatoes, tahini and crudités and ricotta blintzes, Kolanko’s menu will include a giant potato latke garnished a fried egg as well as challah French toast, matzo ball soup, savory noodle kugel and chicken schnitzel. And look forward to retro soda fountain favorites like chocolate phosphates and egg custards.

A weekend brunch is also in the works, along with special meals and holiday foods for Rosh Hashanah, Yom Kippur, Hanukkah and Passover.

The Pletzel de Paris and the Bread that bears its name