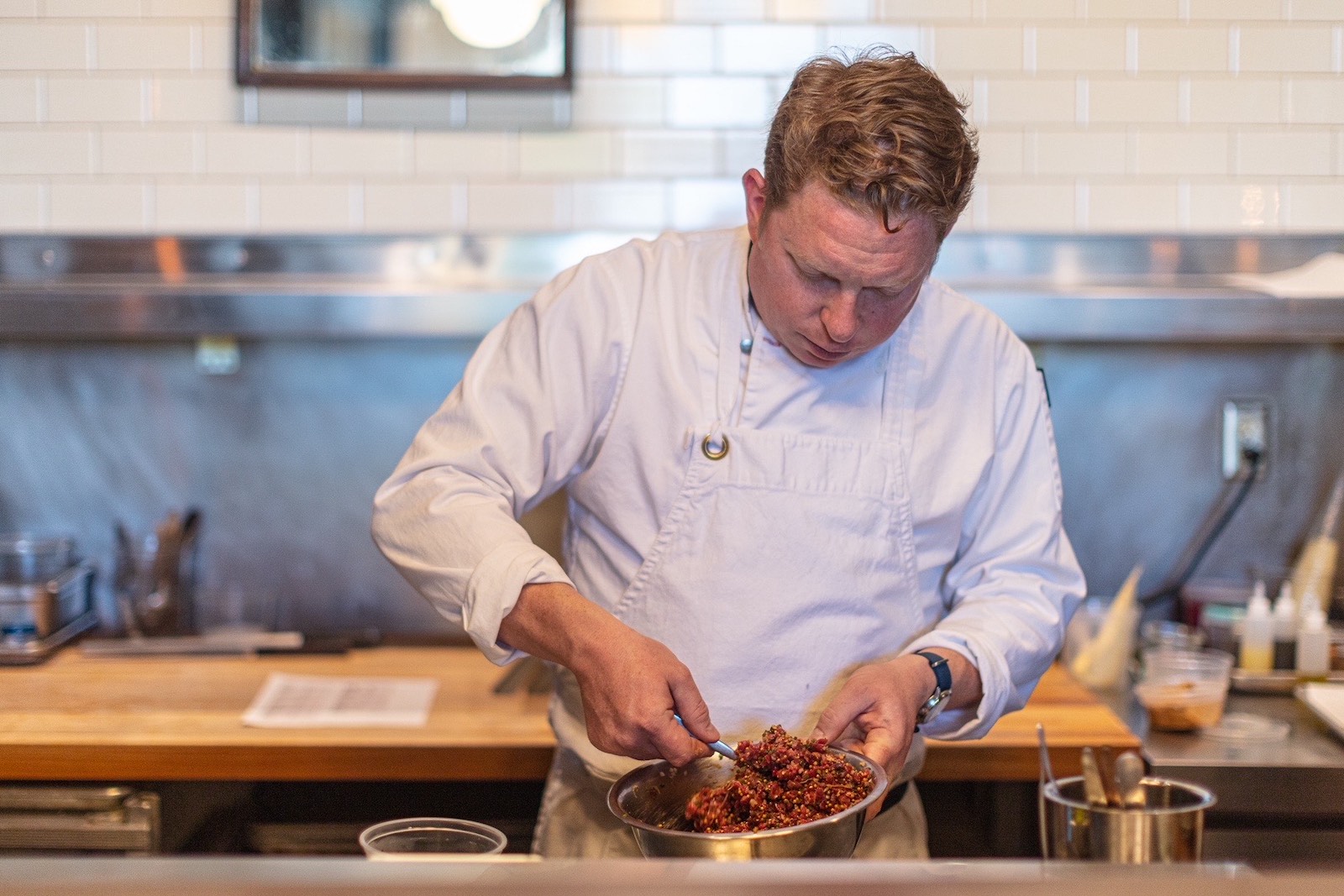 Local newsletter is your free, daily guide to living in Colorado. For the locals, by the locals. Register today!

Stepping into Uptown’s Coperta when it hosts chef Justin Fulton’s new Sunday pop-up Margot is an elegant experience. The exposed brick wall, wooden floors and view of the action from the chef’s counter indicate the characterful evening you’re about to savor – and the 10-course meal that follows lives up to expectations. expectations, with beautifully plated dishes like Kusshi Oysters sprinkled with trout roe and duck croquettes topped with a tomato cooked in duck fat. The month-long pop-up is a hot reservation in town, but maintains a come-as-you-are vibe, thanks in part to Fulton’s background as a Colorado snowboarder turned gourmet chef.

Fulton, who was born in Colorado, spent his teenage years snowboarding competitively in Summit County and bus tables at the Edgewater Café in Keystone. In 2001, he moved with his family to North Carolina, where he attended culinary school. Since graduating, Fulton began his career at the Fearrington House Inn in Chapel Hill, North Carolina; spent a year learning French cuisine and culture as a private chef in France; and worked as a chef de partie at Michelin-starred Daniel in New York.

When the restaurant industry was crippled at the start of the pandemic, Fulton lived and worked in Detroit. He persuaded his wife to take their infant son on a 19-hour trip to Denver just to “see if she could ever move here,” he says. The Colorado sun wowed the family and they moved to Mile High City in November 2020. Fulton landed a job with Mercantile Dining & Provision, which gave him the opportunity to immerse himself in the local culinary scene. He met Paul C. Reilly, chief owner of Apple Blossom and Coperta, at a Meals on Wheels charity event in 2021, and the two immediately hit it off. “He was like the big brother I always wanted,” Fulton says.

When Fulton first visited Coperta, he even stepped in to help the team during one of their busiest reopening days after the pandemic shutdowns. Spending time in the exposed brick walls, something clicked. “I always knew I wanted to open my own concept, and I had found the place [to start]says Fulton.

Reilly agreed to let Fulton provide a pop-up dinner experience at Coperta on Sundays, and Margot was born last September. As for the name? “It’s a bit of a chicken and egg thing,” says Fulton. “My wife’s name is Margaret, and I’ve always liked the name Margot, which is a French derivative of Margaret. Did I think of the name of a restaurant before meeting my wife? Yes. Does my wife believe me? Not clear. Anyway, Margot looks a lot like my wife. She’s classy without being stuffy, and she’s definitely the life of the party.

The party takes place every Sunday, when guests can savor Fulton’s technique-driven contemporary American cuisine in a casual environment (that means no dress code, affordable pricing, and friendly, conversational service.) in the proper sense,” says Fulton. “We want it to be a fine dining experience with a comfortable, laid-back attitude.”

For the 10-course tasting menu, Fulton serves up a combination of tried-and-true items like fluffy, flour-based Parisian gnocchi as well as some that highlight local ingredients like lamb from the Buckner family farm and charred radicchio from Castelfranco from the Culinary Garden of Esoterra. . “This fall, we’ll be focusing on smoky and umami flavors as well as really hearty dishes that incorporate everyone’s favorite seasonal vegetables,” says Fulton.

And for this Colorado-born chef, showcasing and celebrating the local culinary scene is what matters. “Bringing my dining experience back to my home country has been really exciting for me,” says Fulton. “I love how chefs like Taylor Stark of Wolf’s Tailor push boundaries and create delicious menus in Denver, and I’m excited to have the opportunity to bring my vision to this city.”

Margot will be at Coperta indefinitely while hoping to find support for a physical location. You can currently make reservations online for their Sunday tasting menu at $105 per person (drink pairings are also available).