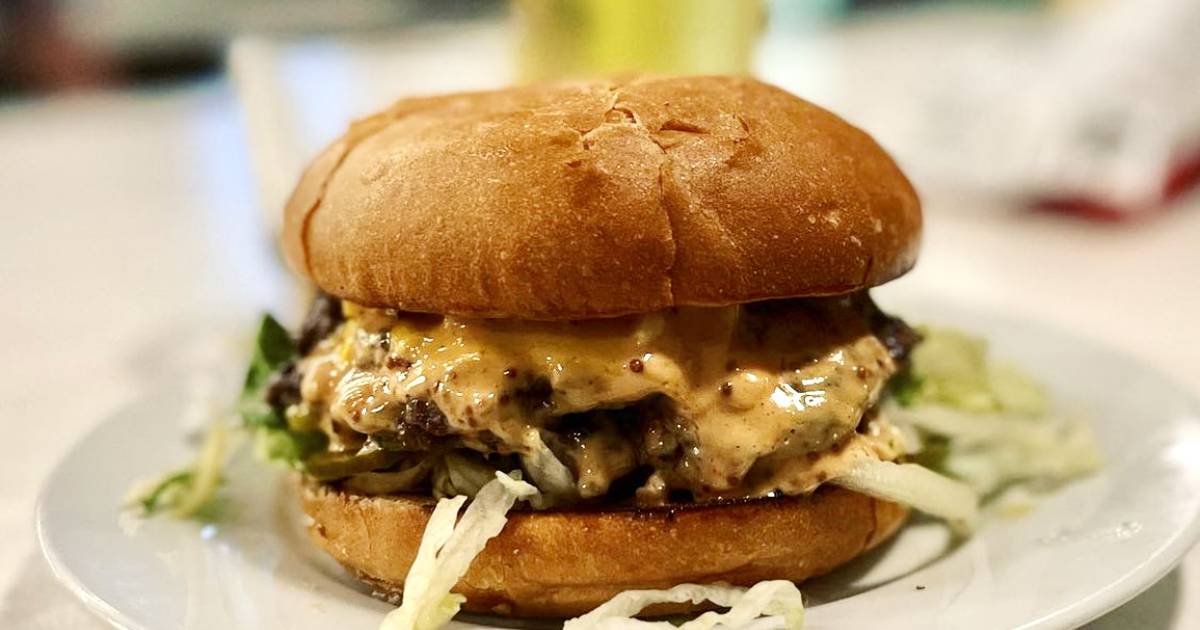 Like bacon, kale slaw, or put an egg on it, smashburgers might not be the new thing, but they’re not going anywhere

Believe it or not, there was a time when Portland didn’t have smashburgers, or any sort of high-end, thin and crispy, fast-food-style burger made by a local vendor.

Boys and girls, the year was 2014. LaMarcus Aldridge was (barely) cohabiting with Damian Lillard. John Kitzhaber was (barely) governor of Oregon. And pretty much the only burger that could conjure up memories of Steak ‘n Shake or In-N-Out was served at a downtown spot called All-Way, which didn’t even last a year.

Then, in 2016, Don Salamone opened Burger Stevens in Hillsdale. 2017 brought Bless Your Heart Burgers to Pine Street Market, which was also the first place in town to use the Martin’s Potato Rolls made famous (outside of Pennsylvania) by Shake Shack. In 2018, Little Big Burger founder Micah Camden joined the fray with SuperDeluxe.

Today, burgers are everywhere, their growth accelerated by COVID-19 trends: outdoor dining, takeout orders, low overhead, high concept. Like bacon, kale slaw, and put an egg on it, smashburgers might not be the new thing, but they’re not going anywhere. And if 2021 was the year of the Smash Burger, Derby’s Judith Stokes and Yes Please Smash Burger’s Tai Pfeiffer were both ahead of their time and just a little late to the party.

Derby’s burger came in at No. 4 in Portland Monthly‘s roundup at the end of 2020, but after this list came out, you couldn’t eat it again until early 2022, because the restaurant was then in the process of moving and also had to wait more than six months for its range hood .

Yes Please was a pop-up when he did the The Oregonian‘s on the “14 Best Smash Burgers in Portland” list in March 2021. It opened its cart on Southeast Hawthorne and César E. Chávez Boulevards a few months later, and is currently on sale. Ironically, since the cart opened – and after contracting COVID – Pfeiffer has stopped eating meat (he went vegan for a while and is now a pescatarian), which is part of why he puts Yes Please on the market.

“But I don’t feel like everyone on this earth is going to stop eating beef in my lifetime,” he says. “I know this company means something so important to people who eat meat.”

“It’s crazy. There are so many burgers,” says Stokes, who now serves three herself: a smashburger, the Flip Dip (a spicy tamarind riff on the French dip) and the PB & Bulgogi. Derby’s double ($12, with a $6 single available during happy hour) consists of two 3-ounce meatballs mashed flat-topped in butter, with two slices of American cheese on a brioche bun of Portland French Bakery It’s topped with shredded lettuce, homemade bread and butter pickles and Derby sauce, the same mustard aioli you’ll find on the restaurant’s breakfast sandwich, touched up with ketchup.

At Yes Please, Pfeiffer, who started doing community and self-help cooking after losing his job during the pandemic, runs the Duo breakfast cart next to Olé Latte and is also half the l team behind Chio Pistachio Cream. And now he’s kind of a burger missionary. Pfeiffer started Yes Please, in part because a burger was something he could cook without being guilty of appropriation.

“The hamburger is actually one of the only foods invented in America by Americans,” he says.

As the child of a naturopath and herbalist, Pfeiffer also grew up eating fresh and healthy, and was determined to bring that to his slow fast food. The Yes Please Smash Burger ($10 for a single, $12 for a double, $14 for a triple) is grass-finished (as opposed to “grass-fed,” a term that still allows for the consumption of cereals). And until recently, Pfeiffer minced the meat himself, using a mixture of brisket and heart. It also avoids seed oils that are both toxic and harmful to the environment, using 100% grass-fed beef tallow for its fries.

You can taste the beef in these McDonald’s-style old fashioned potatoes as well as the burger, which strikes the perfect balance between the Maillard reaction crust and the rosy center. There are also homemade lacto-fermented pickles, though ketchup is nowhere to be found, both because of the high-fructose corn syrup and because, as Pfeiffer learned from the burger writer and TV personality George Motz, the condiment didn’t exist when the hamburger was invented.

Granted, some things cannot be completely wholesome or unprocessed. Pfeiffer’s Yes Please sauce features tomato paste and Crystal hot sauce, and the bun is Martin’s. It also makes its own American cheese from real cheddar, which requires a chemical (sodium citrate), but not the dozen ingredients you’ll find in Kraft Singles. It’s also actually a cheese sauce, which is poured directly onto the burger as it cooks, resulting in an almost fricolike crisp cheese halo.

It’s a burger that’s as good as it is virtuous, although perhaps a little too good – Yes Please offers more than a burger for a special occasion, when you might otherwise crave the more classic flavor profile that Derby serves, even if that means you scarf ketchup and corn-fed beef. But really, there is no right way to make a burger and no optimal style. The best may be the best in your neighborhood or the one that reminds you of what you grew up with.

“I think the best part of the American burger is that any American can take that concept and their life experience and speak through that vehicle,” Pfeiffer says. “I definitely have a favorite, but I don’t think there’s a single best way.”