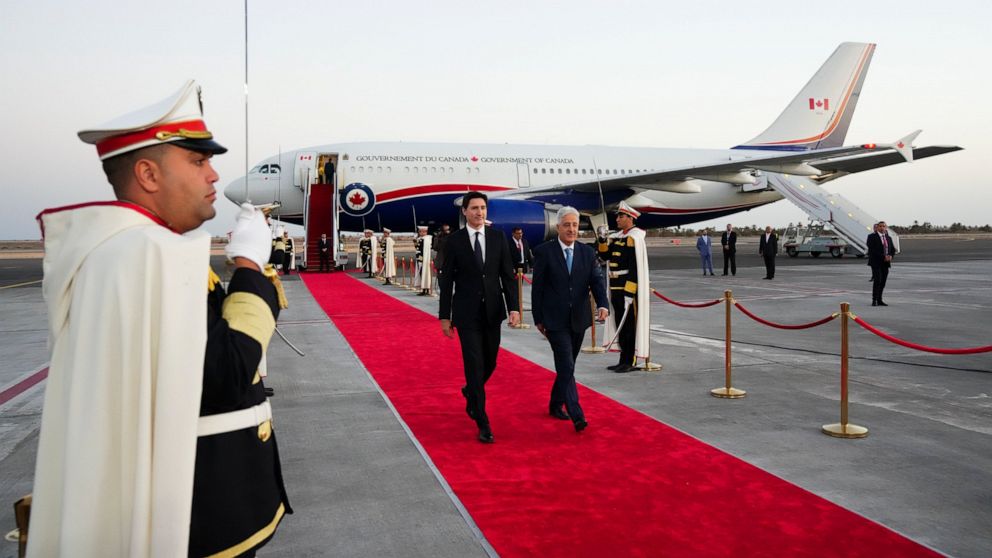 Tunis, Tunisia — Leaders of French-speaking countries gathered on a Tunisian island on Saturday to discuss debt relief, migration, food and energy shortages amid a rising cost of living crisis in Africa, Europe and in the Middle East because of Russia’s war against Ukraine.

French President Emmanuel Macron, Canadian Prime Minister Justin Trudeau and the presidents of eight African nations attended the 18th annual meeting of the 88-member International Organization of La Francophonie, which promotes relations between nations that use French as the main language.

European Council President Charles Michel was also in Tunisia for the two-day summit, the organization’s first gathering in three years after the pandemic lockdowns.

Louise Mushikiwabo, the group’s general secretary and former foreign minister of Rwanda, said participants plan to issue a final statement on key political, social and economic issues after the summit ends on Sunday.

They will also focus on “ways to boost the use of the French language in Europe and in international institutions as its use declines relative to English,” Mushikiwabo said.

She called on participants to support the group’s reforms aimed at enabling member countries to better address challenges on issues such as security, climate change and gender equality.

Congo’s President Felix Tshisekedi did not attend the rising tensions with neighboring Rwanda, and Rwandan President Paul Kagame was at the meeting in Djerba. The Congolese government tweeted on Saturday that Tshisekedi had stood aside to condemn “Rwandan aggression”.

Congolese Prime Minister Sama Lukonde traveled to Tunisia in place of the president. Lukonde refused to appear in the group photo during the opening session due to Kagame’s presence.

The summit and a two-day meeting of the organization’s economic forum next week are being held under tight security. Tunisia is in the grip of a political and economic crisis.

In preparation for international meetings, the authorities have also revamped Djerba, building new roads and improving infrastructure around the island which is a major tourist hub and home to several historic sites, including one of the oldest synagogues in Africa.

The meetings are expected to bolster the position of Tunisian President Kais Saied, who has come under fire from the West for granting himself sweeping powers over the past year after firing the prime minister and dissolving parliament.

Said said the measures were necessary to save the North African country amid protracted political and economic crises, and many Tunisians welcomed them. But critics and Western allies say the power grab has jeopardized Tunisia’s fledgling democracy.