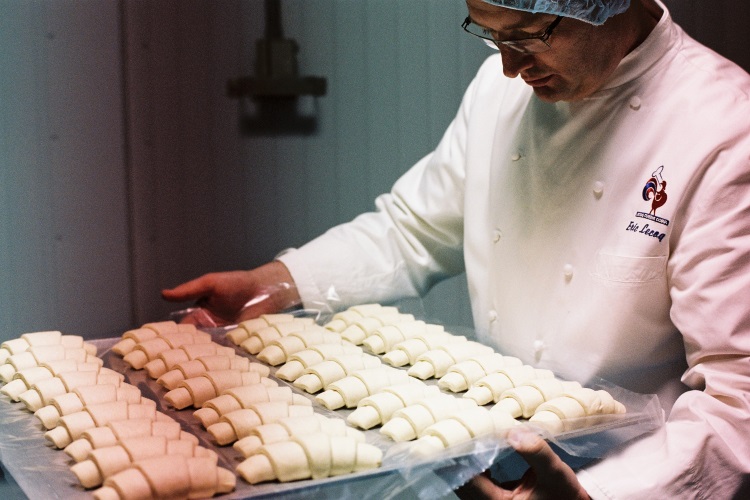 Bridor has carved out an important place for itself in the high-end frozen bakery and pastry market, with a presence on five continents in

more than 100 countries. The acquisition of Lecoq Cuisine aims to accelerate this growth, and in particular to strengthen its production capacities in Canada and the United States. To date, Le Duff has invested more than 200 million euros in North American production sites.

Lecoq Cuisine was founded by celebrity pastry chef Eric Lecoq in 1991 and has grown into a major manufacturer with a portfolio of 150 premium pastries, produced at its production facility in Bridgeport, Connecticut. The company has 250 employees and this year recorded $60 million in sales of its famous croissants, danishes, cinnamon rolls and buns, sold in the United States, but also in Canada and the Caribbean.

This quest for excellence is shared by Bridor, which is constantly innovating to develop exciting products made in accordance with French baking practices.

The company is also known for its collaboration with renowned chefs and artisans, such as the range of Pains Cuisinés with Chef Sébastien Canonne, founder of the French Pastry School in Chicago and Meilleur Ouvrier de France (MOF), and a collection of pastries exceptional in partnership with pastry chef Pierre Hermé.

“Having followed Eric Lecoq’s exemplary career with great interest for several years, I am particularly proud of this acquisition. ​said Louis Le Duff, Founder and Chairman of Groupe Le Duff and Bridor.

“The Group’s international history is closely linked to America, which is my second homeland.​

Philippe Morin, CEO of Bridor, added, “We couldn’t be happier to be able to integrate Lecoq Cuisine into the Bridor and Le Duff family.​

“Eric Lecoq’s unparalleled commitment to excellence, coupled with the individual passion and craftsmanship that goes into every product, makes us natural partners for each other.”​

Founded in 1976, Le Duff owes its success to its restaurant chains, including Brioche Dorée, Del Arte, Fournil de Pierre, La Madeleine and Kamps, as well as to its subsidiary Bridor, which manufactures bakery and pastry products for some of the most prestigious restaurants and eateries in the world. Hotel chains.

Aim to become a powerhouse

“Our intense focus on excellence and innovation is matched only by Le Duff’s reputation and track record of producing high quality products and exceptional customer service throughout its nearly 50 years of history”,said Chef Lecoq.

“I am honored to join the founder of Le Duff and his team in exploring our next phase of growth. Together, we will be a power in all the markets in which we operate. »​

Where to eat in Montreal