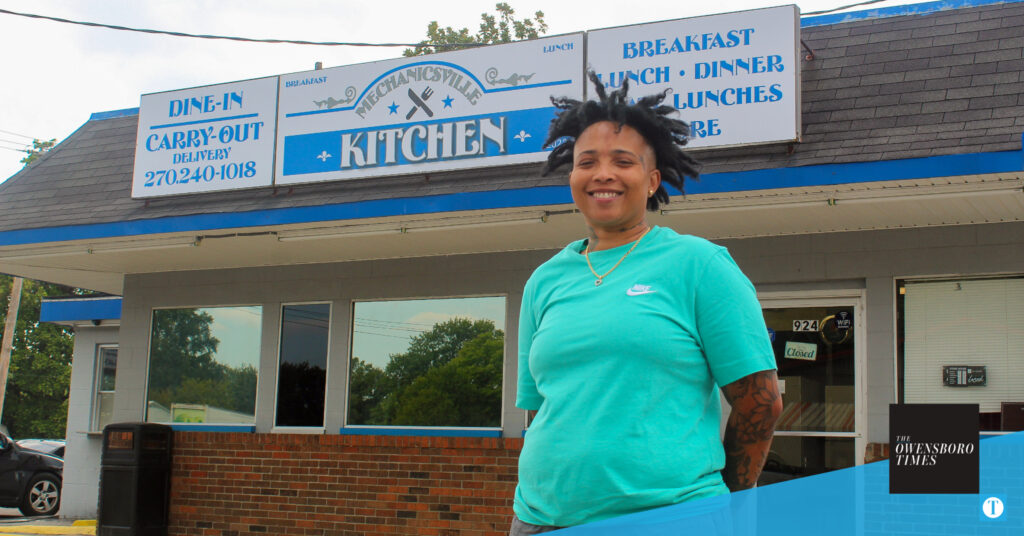 Tia Johnson said it was just the start of great things at Mechanicsville Kitchen after spending a productive Saturday at their location. The restaurant is located at 924 Crabtree Avenue.

Johnson said on the first day of her soft opening, she was nervous, but she had a mission: to make sure everyone felt at home. Ironically, she said it goes back to the history of the place.

“Before it became Mendy’s Kitchen, before it was the Dairy Barn, it was actually a home and it was the home of a family – the Glover family,” Johnson said.

She said many people who used to live in the house now live in nearby Mechanicsville. So, like a love letter to Mechanicsville, she named it as such.

But she said the restaurant isn’t just for Mechanicsville residents, and she hopes people from all over town will come, get cozy, and make memories with nothing but food.

Johnson said she hopes to have a monthly special where, Monday through Friday, people can order three-course soul food plates. And over time, she wants to bring in other dishes, including authentic Mexican cuisine.

“We are going to change that every month. But everything is fresh. I don’t have anything frozen — maybe fries and stuff like that, but as far as the meat, the cooking, the seasoning, it’s all from the house,” she said.

She said the decision to open a boutique was a leap of faith and she could only thank God for allowing her to start a business and follow her passion for cooking.

Johnson started cooking when she was younger to prepare meals for her siblings. She said she learned to make good food when her mother worked late at night. Since then she has been behind a grill or stove.

“It’s always been about people and my love for meeting different people to see people happy. That’s the main thing – and of course the food, everyone loves food,” Johnson said.

After the first day, she said she was very grateful for the support she received; now she’s excited for her first full week of opening.

The restaurant has food options right now as they prepare to open a drive-thru option.

Mechanicsville Kitchen hours of operation are Monday through Friday 6 a.m. to 4 p.m., Saturday 6 a.m. to 2 p.m., and closed Sunday.