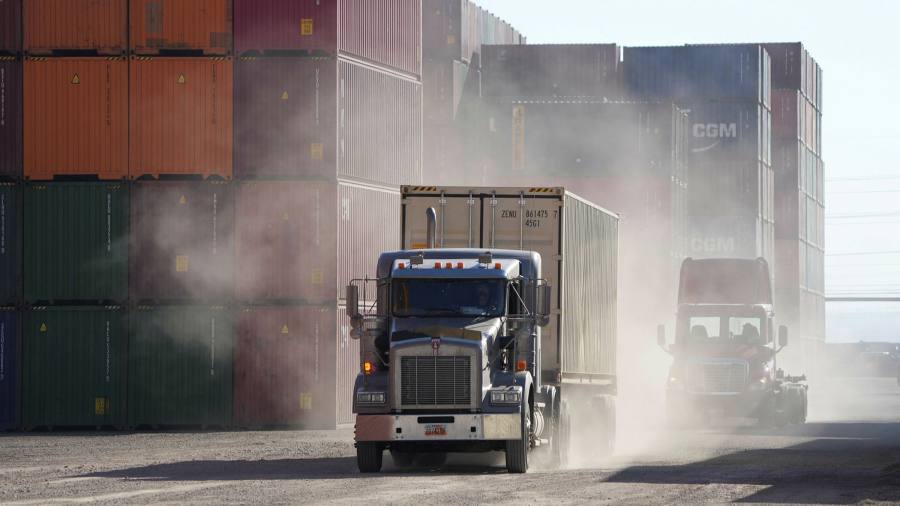 “Finally found the perfect metaphor,” Alison Taylor of NYU Stern School of Business wrote in a LinkedIn post last month. She was looking for a set of rules comparable to corporate climate reporting – and the UK’s new calorie labeling requirements for large restaurants provided an example.

Much like corporate climate reports, posting calories on menus can be seen as a milestone, says Taylor, executive director of Stern’s Ethical Systems research platform. It can also take time to have an impact. She cites the United States, where restaurant chains have been posting the calorie value of meals since 2018, and customers are now consuming only eight fewer calories per day. Likewise, climate information in an annual report can look good, she argues, without causing rapid change.

However, there is also a significant difference between the rules: unlike calorie counting, corporate environmental data is not expressed in a universally accepted unit of measurement.

While IFRS accounting standards are mandatory in many jurisdictions, regulators have not focused on sustainability disclosures until now. As a result, a number of organizations have sought to fill the information gap by creating their own frameworks, making comparisons between companies tricky.

Late last year, however, IFRS announced the creation of the International Sustainability Standards Board, which will set standards for environmental, social and governance (ESG) reporting that it hopes will become the global standard.

These are expected to merge some of the most widely used frameworks today, including SASB’s investor-focused standards.

The new body will work with the Task Force on Climate-Related Financial Disclosures – backed by former Bank of England Governor Mark Carney – and the Global Reporting Initiative, which aims to measure companies’ impact on the environment and society.

“The problem in today’s market is that companies can make claims that no one can verify,” noted Emmanuel Faber, ISSB chairman and former chief executive of French food company Danone, earlier this year. “This makes it extremely difficult for people making capital allocation decisions.”

It has now released its first two proposals, on major sustainability concerns and on climate disclosures, in particular.

More stories from this report

Many investors, like Caroline Le Meaux, head of ESG research, engagement and voting at asset manager Amundi, welcome moves to strengthen climate reporting. But others, like Natasha Landell-Mills, head of stewardship at investment manager Sarasin & Partners, worry companies are simply not responding. Some still do not fully reflect the importance of environmental factors, even when they should under existing financial disclosure requirements.

Sarasin was one of 34 members of the Institutional Investors Group on Climate Change – a coalition of pension funds and asset managers – which last month wrote to some of Europe’s biggest companies, including BP, Rio Tinto and Volkswagen, asking why climate-related expectations of accounting information had not been met.

They warned there could be consequences at shareholder meetings, with votes against the appointment of members of the companies’ audit committee.

In their letter, the coalition wrote that inadequate disclosure means they “have little understanding of how [companies’] the financial situation could be affected [by] acceleration of decarbonization associated with a 1.5C [maximum warming] trail.” Companies, they added, are underestimating or ignoring the material risks associated with transitioning to a greener economy, such as old fossil fuel assets losing value and becoming “stranded.”

The problem in today’s market is that companies can make claims that no one can verify.

Taylor thinks CFOs should be more involved in companies’ sustainability plans. “If we think the goal is that [a] business should make better decisions, manage risk, take action, then there is a strong case for getting [climate] data in front of the CFO and make it his problem,” she says.

Whether this data is comprehensive enough is another question – but something the ISSB can help with.

It seeks to develop a methodology to disclose data far beyond direct emissions, to capture a company’s carbon footprint through supply chains and the use of its products. These so-called scope 3 emissions are difficult to calculate and have so far received a softer treatment from policy makers.

In the United States, the Securities and Exchange Commission’s recent proposal for mandatory climate reporting includes Scope 3 disclosures when considered material or part of corporate climate objectives. However, unlike Scope 1 and 2 emissions (which are produced directly by companies and by the energy they purchase, respectively), Scope 3 data would not need to be validated by a third party.

Large businesses and financial firms in the UK are already required to disclose climate information under TCFD guidelines, which also recommend Scope 3 disclosures where deemed material. Meanwhile, the EU is working on its corporate sustainability reporting directive, with initial proposals expected in October.

Yet some sustainability experts believe that the most effective policy measures would simply circumvent the need for dedicated climate disclosures.

Tariq Fancy, for example, former global chief investment officer for sustainable investing at asset manager BlackRock, has long stressed the need for economic incentives, such as the introduction of a carbon tax and industry-specific regulation, rather than relying on market pressures. to reduce corporate carbon emissions.

Taylor says disclosures about climate and broader sustainability may well help investors with their portfolio decisions, but may prove ineffective in containing climate change. For example, although the ISSB’s climate proposal requires companies to declare whether they intend to use carbon offsets, companies could still use them to achieve climate goals without improving their underlying business model.

The risk, she says, is that relying on the climate reports without further policy action would be tantamount to “adopting another fad diet”, while “the world will continue to get bigger and warmer”.

Curious about the FT’s commitments to environmental sustainability? Read more about our scientific goals here