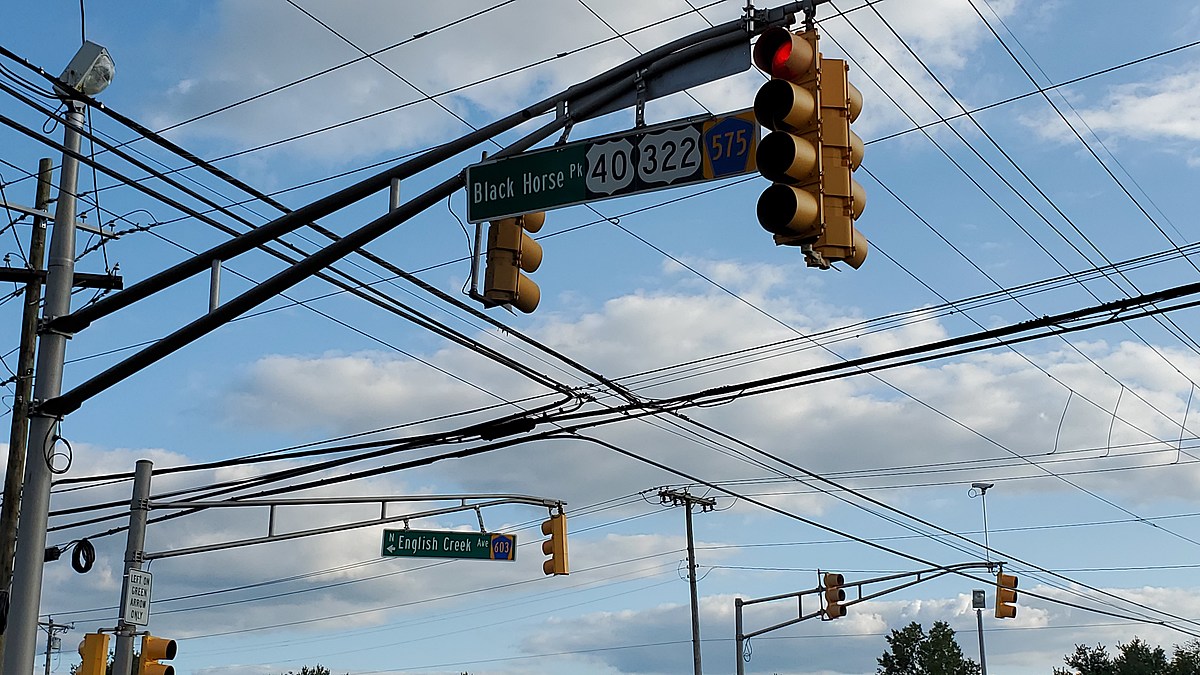 Following a fatal accident on the Black Horse Pike in Egg Harbor Township on Monday morning, it’s time to make some changes to English Creek Avenue.

What happened on Monday morning was horrific – according to police, a driver did not stop at a red light and he not only crashed into another vehicle but also killed a pedestrian crossing the road.

Tuesday morning as I was driving to work, almost exactly 24 hours after this accident, I was at this intersection and it was as if nothing tragic had happened the day before.

As I headed east on the Pike the light turned red and I stopped (a lot of people don’t). When the light turned green on one side of English Creek Avenue, I saw an older man quickly crossing the Pike on the crosswalk. When the light changed to traffic across English Creek, I saw a woman and a young child (maybe 4 or 5 years old) almost running across the same crosswalk – and, honestly I kind of held my breath until they hit the grass. If someone turning from English Creek to the Pike hadn’t been paying attention, he would never have seen these people cross the road. And then once the light went green for traffic on the Pike, a guy in the turning lane didn’t turn – he passed everyone on the right and sharply cut traffic through the bus shelter. NJ Transit in front of the gas station (More on that in a moment).

And this is what I saw in a single cycle of the traffic light.

Are we so numb that someone who gets killed doesn’t even bother us anymore? Doesn’t that even require us to drive safely for a day or just a few hours?

So at this point I have to ask this: where are EHT’s elect? The mayor? Members of the municipal council? Where is the chief of police on this? Someone from the county government? Hello??

Someone who was elected to serve the people of Egg Harbor Township would surely realize that the intersection of Black Horse Pike and English Creek Avenue – one of the busiest in the township – has no pedestrian crossing signal.

To make matters worse, there are New Jersey Transit bus stops on either side of this intersection, so people will naturally cross there.

At a bare minimum, crosswalk signals with red signs without lighting and / or lights that stay red while people are in the crosswalk would slow down traffic at least a bit. You would at least reduce the risk of another tragedy a little.

And I don’t want to hear the line “this is a national road and there is nothing we can do about it”. I’m sorry, but when I see this it tells me you’re not trying hard enough.

So who in the EHT is going to step in and work with the NJDOT to improve this intersection?

Local residents name these intersections as the worst

How many of these delicious Atlantic County restaurants have you tried?

Ratatouille’s outsider story is a profound, though imperfect, metaphor for queer cooks