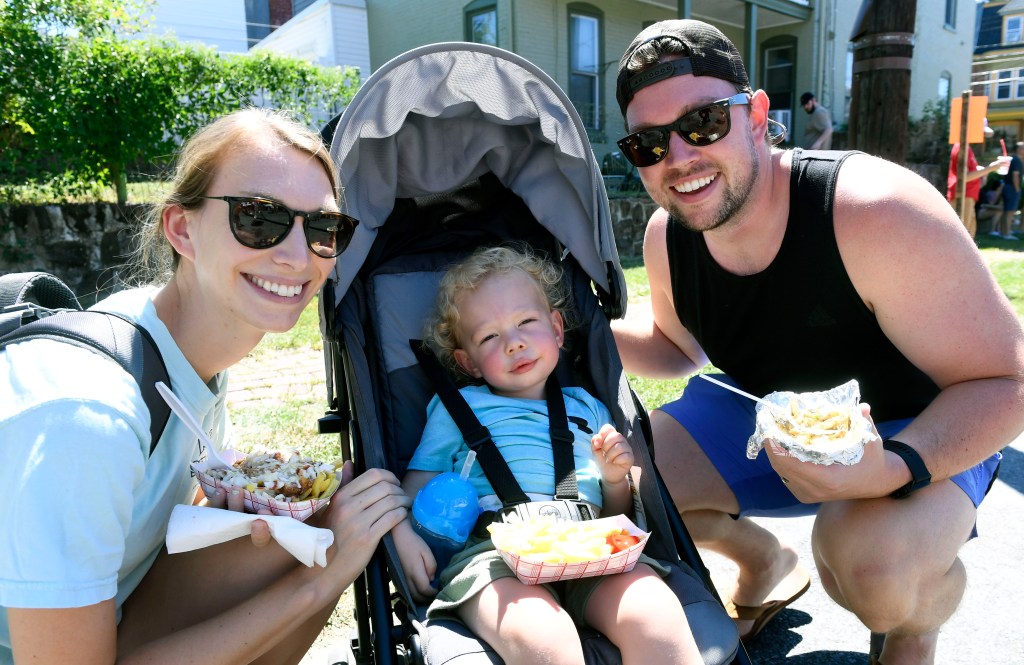 Caleb Kane may only be 2 years old, but he already knows how much he prefers his fries: golden crisp with a pinch of salt and ketchup.

Balancing a small boat of chips on his lap, the boy sat in a buggy and dipped one chip after another in the sweet tomato sauce before devouring each one.

Saturday’s cooler, sunnier weather was ideal for the festival, which features area restaurants and food trucks on popular carnival food.

The festival was back for the second consecutive year with a resurgence in popularity after being canceled in 2020 due to the pandemic.

Caleb, his mother, 31, and father Evan, 29, of Phoenixville, were among hundreds drawn to the outdoor event by the promise of tantalizing taste sensations.

Christina Rohm, 13, of Spring Township, slipped into a tray filled with crispy potatoes smothered in creamy chipotle sauce and carne asada, a spicy ground beef, from Let’s Taco Bout It.

The restaurant at 616 Penn Ave. was one of twelve serving fries with cheese, ground beef, bacon and other toppings, as well as other food and drink.

Rohm, who came to the event with her grandmother, said she had been to many other West Reading festivals, but this was her first time at the French Fry Fest.

Although she’s nearly finished her first order of fries, Rohm said she’ll likely sample more before the end of the event, which ran from 11 a.m. to 6 p.m.

The Pletzel de Paris and the Bread that bears its name