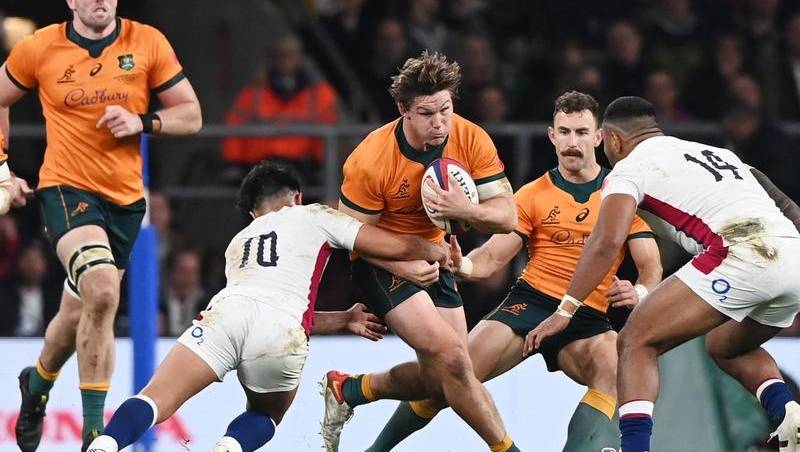 The Wallabies’ hopes of saving some of the pride of the spring tour have suffered a hammer blow with inspirational captain Michael Hooper excluded from Saturday’s test with Wales in Cardiff.

Hooper limped through the second half of the weekend’s loss to England and scans later revealed a grade two midfoot sprain.

The champion flanker will stay with the squad this week before returning to Sydney with the rest of the Wallabies on Sunday.

Officials say there has been no timeline for Hooper’s recovery as the Wales clash is Australia’s last game of the year.

The Wallabies are heading to the Millennium Stadium in hopes of avoiding a first winless spring tour of Europe since 1976.

A 15-13 loss to Scotland preceded last Saturday’s 32-15 loss to England at Twickenham.

Hooper’s value to the Wallabies was highlighted on Monday night when the back rower was shortlisted for World Rugby’s 2021 Player of the Year award.

His teammate and center Samu Kerevi was also nominated along with French half-back Antoine Dupont and England lock Maro Itoje.

No Australian has ever won the award despite 13 nominations in its 21-year history.

Winger Andrew Kellaway got a nod in the player of the year category after scoring eight tries in 11 tests since making his debut against France in July.

And Dave Rennie was nominated for Coach of the Year after leading the Wallabies to a series victory over France and back-to-back wins over world champion Springboks in the rugby championship.