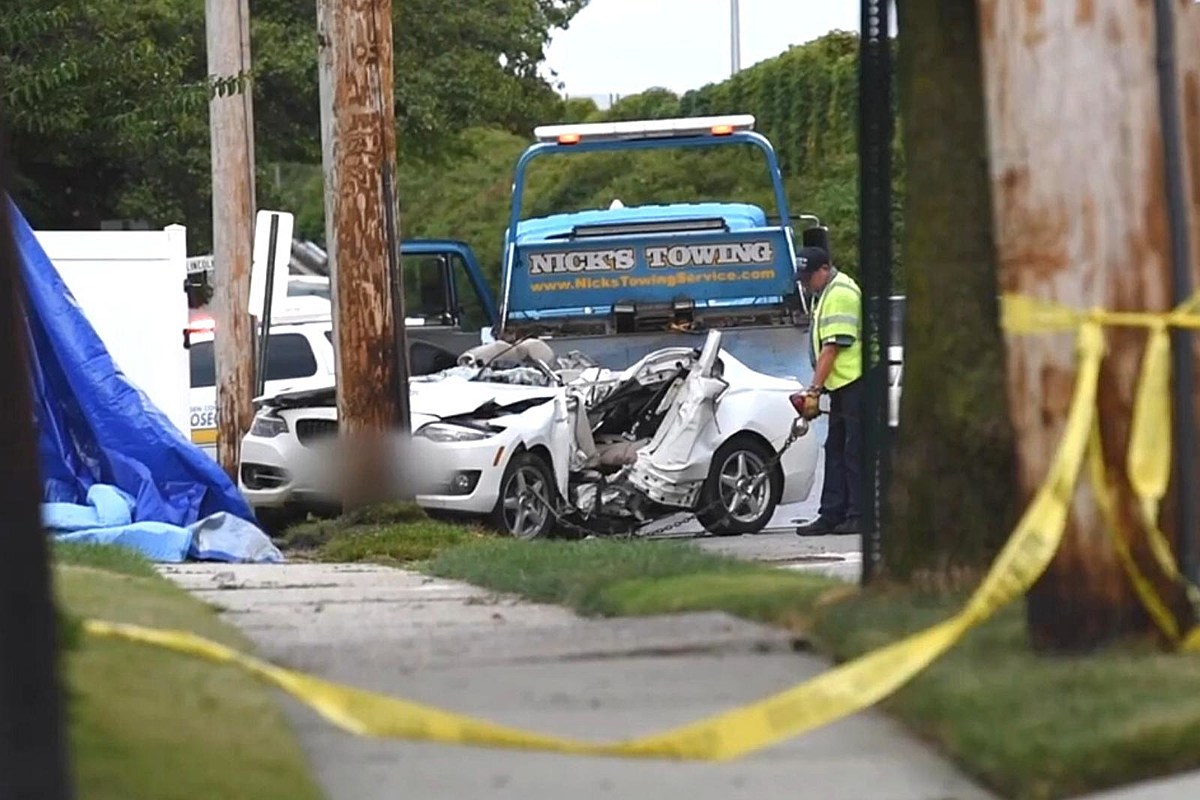 RUTHERFORD — A 17-year-old student from Rutherford High School has died and three others are in hospital after a horrific accident on Friday.

Rutherford Police say the students’ two-door BMW saloon crashed into a power pole on Marginal Road around 3pm on Friday, NorthJersey.com reported. The crash, which did not involve any other vehicles, occurred between Lincoln Avenue and Wheaton Place.

The cause of the accident is still under investigation. Authorities have yet to release the names of the students involved.

“There is no greater loss than the loss of a child,” Hurley said in a message to the Rutherford School Community. “Please keep the families of all students in your thoughts and prayers.”

The community is holding a candlelight vigil for the slain teenager, according to Mayor Frank Nunziato. He added that there will be bereavement counselors at the school for pupils and staff on Monday.

“For the foreseeable future, our community will have to deal with this tragic accident,” Nunziato said. “It has definitely changed the lives of four Rutherford families.”

“We know the memory of this young man and HRH student will live on in the lives he touched and will be truly missed by all,” Rutherford Police said in a statement. statement.

Rick Rickman is a reporter for New Jersey 101.5. You can reach him at [email protected]

The least populated municipalities in New Jersey, according to the 2020 census. This list excludes Pine Valley, which would have been the third smallest with 21 residents, but voted to merge with Pine Hill in early 2022.

The 10 Most Stolen Vehicles in New Jersey