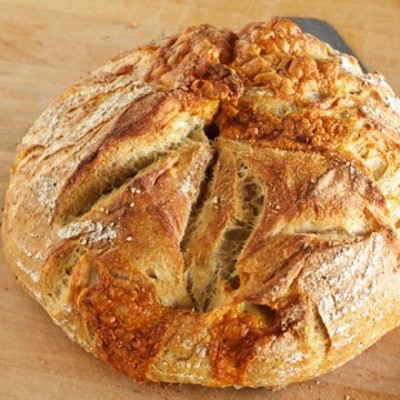 GoLocalProv | What are your memories of bread?

Here’s a recent memory from the other day when I was dipping the heel of my Italian bread in the red sauce we call gravy. It reminded me of the days when I stood by my grandmother’s side as she made “her” Sunday pasta sauce. Tiptoeing and shifting my weight, I looked up at her when she said, “It’s okay for you dunka bread now.” And this I did, impatiently and eagerly.

I ran my Italian wedge through the sauce, watched the steam swirl, blew on it, and finally took a bite. Hot and tasty, it softened even more before swallowing. I would enjoy that same healthy taste later on pasta at our Sunday table. Years later, I remember dipping a wedge of Italian bread in hot coffee. I like bread.

There was not only Italian bread in my life. I also grew up on white bread, like in Wonder Bread, the one that “helped build strong bodies in eight ways.” This is what mom gave me for lunch; baloney stuck between two slices and loaded with French mustard. She was in a hurry, on her way to work.

Bread and butter was a great after school snack. And morning toast with butter and jam has often supplanted the snap, crackle, and pop of those Rice Crispie guys. No wonder (hmmm) that the phrase “This is the best thing since sliced ​​bread” is a way of showing enthusiasm and appreciation for something or someone.

One year, I bought a bread machine. Initially, it was worth it. The smell of brown bread permeated our home with a unique bakery scent that made you want to eat, a lot. It didn’t take long to overcome the novelty. There were just too many great breads made by local artisans. So the bread machine followed the path of the egg incubator (quail), the anthill, the stone goblet and the grow lights.

But it’s the simple Italian bread that appeals to me. We once bought a huge, round, cuddly loaf of bread on a cold day in Rome. Diane held it tight as we walked with friends; break tempting pieces while enjoying the story. But nothing was as enticing as bread in the charming southern town of Altamura, Italy.

There the loaves, weighing about half a kilogram, have a dark, crispy crust. Aromas of hazelnut, coffee and vanilla emerge from its heat. Pasty when chewed, a slice of toast seasoned with sea salt, Apulian oil and a hint of rubbed garlic is a stone’s throw from bread heaven.

In 37 BC. AD, the Roman lyric poet Horace called Altamura bread the best in the world.

Whatever the time of the day, bread is that satisfying thing that should be a part of every day. It’s mine. 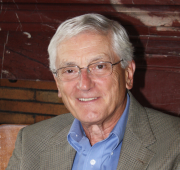 Dr. Ed Iannuccilli is the author of three popular memoirs, “Growing Up in Italian; Grandpa’s Fig Tree and Other Stories ”,“ What Happened to Sunday Dinner ”and“ My Story Continues: From Neighborhood to Junior High ”. Learn more here.