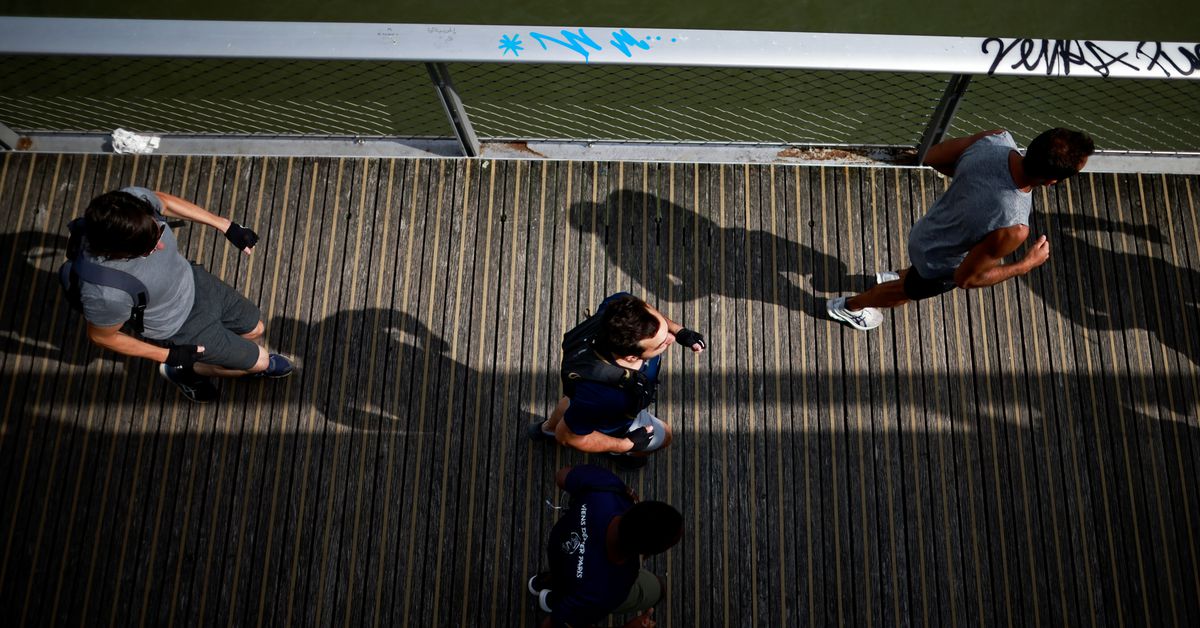 PARIS, Aug 5 (Reuters) – France’s constitutional court will rule on Thursday whether a new law requiring the public to hold a health pass to eat in restaurants and health workers to be vaccinated against COVID-19 by mid-September complies with the republic’s founding charter.

President Emmanuel Macron announced the proposed legislation in July as the Delta variant fueled a fourth wave of infections, delivering a plain message: get vaccinated.

It prompted a surge in the vaccination rate as the French faced the prospect of being denied access to bars, restaurants, cafes and cinemas without proof of either vaccination or a recent negative COVID-19 test.

Opponents of the measures accuses Macron of trampling on freedoms and discriminating against the unvaccinated. Some 200,000 people marched through towns and cities across France in a third weekend of protests on Saturday and more are planned.

“A few tens of thousands of people have lost their minds to such an extent that they are capable of saying we live in a dictatorship,” Macron told Paris Match in an interview published on Wednesday.

It was irresponsible and selfish not to get vaccinated, the president has said, pointing to the renewed pressure on the healthcare system.

Hospitals along the Riviera, in Corsica and the southern Occitanie region have again triggered their crisis management plans that include postponing some surgeries to free up beds.

At the La Cabasse restaurant near the Mediterranean city of Toulon, manager Laurent Bondil said he was certain the health pass would hit his earnings but that he would adhere to the new regulations.

“Every day there’s a new rule,” he bemoaned. “But what counts is that we’re still here.”

The Constitutional Council will deliver its ruling later on Thursday. It can either approve the legislation, strike it down or approve it but with any element deemed unconstitutional removed.

The majority of French people approve of the health pass requirements, an Elabe survey showed.