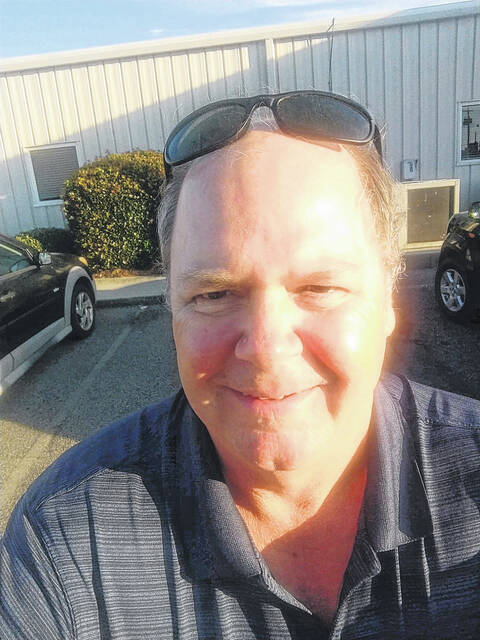 A lot of people don’t know this and some multiples of that number don’t care, but despite my well-deserved decades-long reputation for having an insatiable appetite for the game of golf, my best guess is that from 2010 to 2020 I haven’t played more than 50 rounds.

2020, when I traded a full-time job for a part-time gig on a golf course, got me back in the swing of things.

My reluctance to tee off during this time was the product of two things – a sore back that made golf more of a chore than a party, but also, if I’m being honest here, a lack of willpower that was tied to the decrease in skills. That changed in March 2020 when I suddenly found myself with nothing to do and all day to do it.

I bought a new set of clubs and while I was training I found something in the dirt: Armed with modern technology I was able to hit the ball as far as I could at age 28 and many straighter. I also realized that back pain is much more tolerable if the golf shot that caused it lands on the green and not in the pond.

I don’t want to suggest that I play as well as I once did, because I haven’t been able to recapture the essential element of playing golf well, which is getting the ball in the hole in the minimum number of strokes. It’s called notation, and I’m still trying to figure out that part.

Weekend hackers are the biggest beneficiaries of cutting-edge technology, which makes even the most difficult game to play a little easier. But guys who make a living also benefit, as we saw last weekend when three golfers, champion Cameron Smith, Jon Rahm and Matt Jones broke Ernie Els’ PGA record of 30 under par. for a 72 hole. an event. Smith’s winning total of 34 under — almost a birdie every other hole — won the Sentry Tournament of Champions.

Looking at this screen, I had this thought: golf is getting too easy. I wonder if anyone else has ever put these five words together in this order and commemorated them on the internet.

This is all a long prologue before the real reason for today’s column, which is for golfers to save a date, especially March 26, which is a Saturday. As mentioned earlier, I am a board member of the Robeson County Humane Society, which holds an annual golf tournament to raise funds to improve the lot of the many homeless cats and dogs in this county.

March 26 is the day the 19th John P. Williamson Memorial Golf Tournament will take place at Pinecrest Country Club, and to attract more players, the format has been changed. He now calls three-person superball teams, with each team having a minimum of 15 handicap shots that will only be used for pre-steal in the field. We’ve also made the tournament a little more lucrative, with Flight A and Flight B winners each receiving a $200 gift certificate and runners-up each receiving a $100 gift certificate.

Adding a B flight should make winning more possible for the many people who support the charity event but don’t play much golf and therefore consider themselves unlikely to win.

The entry fee is $75 per person, $225 for a team, and includes just about everything, including lunch, on-course drinks, and mulligans, so it’s plenty and lots of fun. The shotgun starts at 1 p.m. and the field is limited to 36 teams, so if you want to play, don’t delay. There are several levels of sponsorships available for those who wish to support the effort but do not play golf.

There are registration forms at the Pinecrest Country Club. If you need additional information, call me at 910-374-9317.

Just checked the weather forecast for March 26 and it’s mostly sunny with a high of par 72. In other words, perfect. Come join us.

Donnie Douglas is a former executive executor of The Robesonian. Contact him at [email protected]

You’ll go like bananas on that new king cake