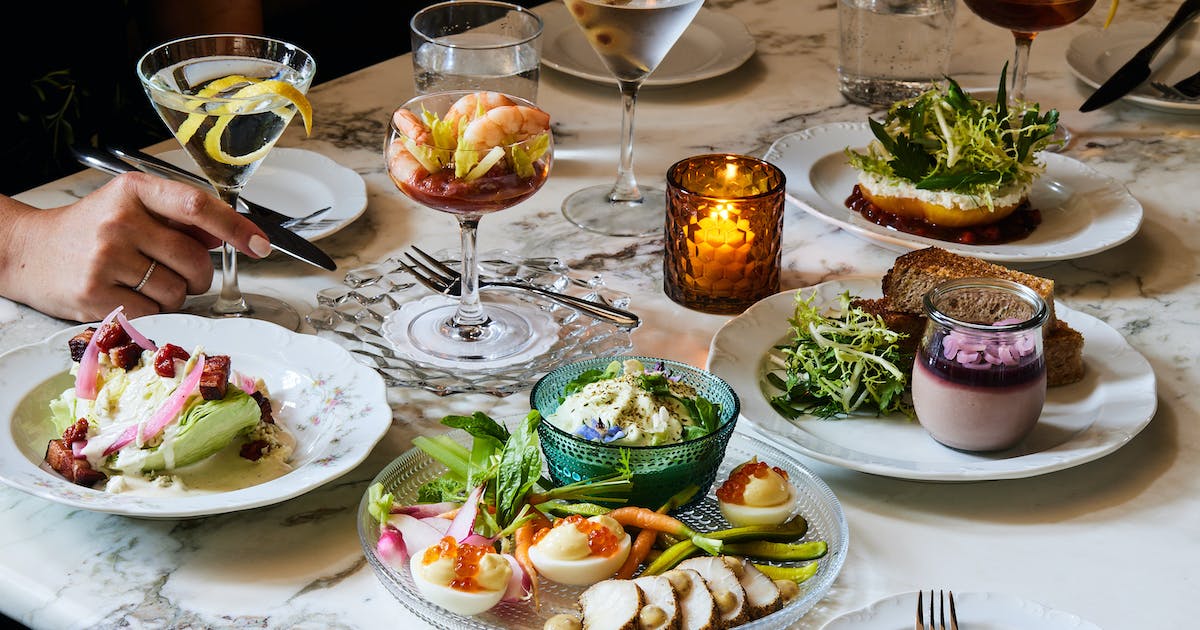 Chef Joe Papach knew exactly where to go when he decided to open his own restaurant. As a six-year veteran of the solid, Michelin-starred French laundry in Napa Valley, he could have gotten his start in his kitchen anywhere. Forget San Francisco, Chicago or LA, though. He chose instead to open his Harvey House in Madison.

The fact that Wisconsin’s capital was the hometown of his wife, Shaina Robbins Papach – herself an accomplished chef who had collaborated with farm-to-table pioneer Alice Waters – was just one reason for his choice. Papach also knew that Madison had become a full-fledged Upper Midwestern dining center.

The Dane County Farmers’ Market, the nation’s largest farmers’ market, has been a locavore stronghold since the 1970s. Surrounding Capitol Square and dense with vendors selling everything from freshly harvested fruits and vegetables to Dairyland cheeses , it’s a showcase for Wisconsin’s bulging pantry. Yet Madison offers more than hearty cuisine. The college town attracts a global population of savvy diners who expect their noodles and Thai curries to be on point. The result is a network of independent, chef-led kitchens that animate an eclectic assortment.

Where to start? For a pure sense of place, the Harvey House — opened last fall after pandemic delays and already dubbed by Esquire as one of the 40 best new restaurants in the country — is worth a side trip to Madison alone. Located in the two-story baggage claim area of ​​a historic train station, the restaurant teasingly plays with Wisconsin supper club tradition. The menu begins with an elevated relish platter; deviled eggs are topped with trout roe alongside pastrami-style smoked sturgeon. The cuisine version of meat and potatoes materializes with a short rib braised all day accompanied by glazed root vegetables and cream of celeriac, and a classic roast duck playing a duet with roasted fennel. For dessert: an apple pie pavlova, the cloud of meringue floating above the spicy Honeycrisp apples. Equally good: a banana and caramel pudding.

But Harvey House isn’t Madison’s only standout restaurant to debut recently. At Fairchild on the west side, chef Andrew Kroeger’s menu changes weekly, focusing on the best of the local harvest with Mediterranean touches. If you’re lucky, it will include creamy lobster bisque, vegetable-centric risotto tossed with butternut squash and royal trumpet mushrooms, and organic pork loin in a Romesco sauce.

Just off Capitol Square, Settle Down Tavern is already famous for its creative cocktails, like an Old Fashioned spiked with Campari bitters. The restaurant offers comfort food all day, but the best time to come is Friday, when the fish platter includes a sharing space of lager-coated, deep-fried Alaskan cod with relish peppadew, pickled jalapeno and salad. of lime.

Some things don’t need updating. Among Madison’s longstanding restaurants, Tornado is the epitome of a classic Midwestern steak house. The interior resembles a cozy North Woods log cabin, and the New York strip and filet mignon comes with your choice of sides (choose the crispy hash browns).

Lombardino’s, another classic local favorite, does Italian fare right. Even something as basic as a perfect spaghetti bolognese al dente is worth a try, but the regularly changing menu is too ambitious to settle for the standards. Among the recent appearances: a lobster and an Icelandic zuppetta; a thick seafood tagliatelle with mussels and prawns; and pancakes with mushrooms, fontina and chickpeas. Ceramic murals of Italian landscapes add to the The good life vibe.

Closer to the University of Wisconsin campus, Pizza Brutta turns out pizzas that could pass Naples. And L’Etoile — founded by Odessa Piper, the Madison icon who pioneered Farmers’ Market local sourcing — remains the most extravagant haute cuisine under chef Tory Miller.

Yet perhaps the restaurant most emblematic of Madison’s culinary ancestry is Sardine, which overlooks vast Monona Lake. Opened by Chicago residents John Gadau and Phillip Hurley in 2006, the restaurant was part of a culinary wave attracting creative chefs to Madison, lured by relatively low rents and a hungry market. Located in a historic, renovated warehouse on Machinery Row, the dining room is a lovely, airy space. An open-air terrace, overlooking a long, lively bar, overlooks the lake.

What continues to attract diners, however, is the evolution of Sardine. Starting with a Madison-on-the-Mediterranean menu, it settled into a smart, seamless take on the best of local bounty. Beef cheeks braised in a red wine reduction are served with caramelized Belgian endives, roasted butternut squash ravioli, sautéed green grapes and walnuts. A harissa-marinated grilled half chicken releases the flavor of roasted red peppers and kale.

Still packed with diners 16 years later, this place is encouraging proof that Madison can sustain the most ambitious kitchens.

Tasty recipes that are an amalgamation of French and Irish influences