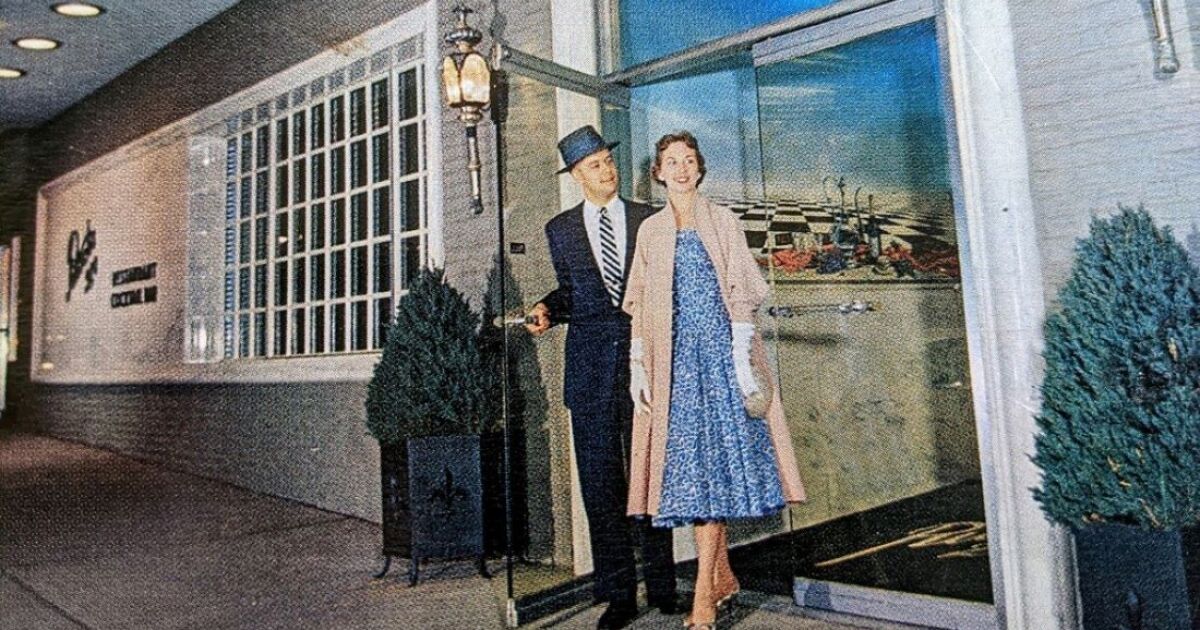 Arthur Bryant’s Barbeque is one of Kansas City’s most iconic restaurants today, but our culinary fame extends far beyond our famous “grease houses.”

A ghostly array of taverns, truck stops, cafeterias, lunch counters, burger shacks, restaurants and long-shuttered steak houses have played a part in shaping our collective taste buds. These “lost” restaurants were independent restaurants that had been around for at least three or four generations.

“You build a kitchen — a food legacy — by religiously making the same foods to the same standards over and over again,” says author Andrea Broomfield, an English professor at Johnson County Community College and author of “Iconic Restaurants of Kansas City. ” (historical press).

A sampling of iconic restaurants include:

The Green Parrot Inn, located at 52nd Street and State Line Road in Shawnee Mission, Kansas. The inn operated from 1929 to 1955. The menu included home cooking by Tena May Dowd, whose most popular dish was fried chicken. Dowd was also a strong supporter of “dry Kansas”.

“While Kansas City sometimes claims the fried chicken dinner as its own contribution to good American cuisine, that claim is largely based on Dowd’s efforts and his definition of healthy food enhanced with a tall glass of iced tea,” writes Broomfield.

“Although the restaurant closed in 1973, Putsch’s 210, complete with dress code, traveling fiddler, and table-side cooking, signified for Kansas Citians a passing of an era they would remember for the rest of their lives.”

El Nopal, 416 W. 13th St., was run by the Infante family from 1930 to 1966 and considered “the first restaurant in the area to consciously introduce a wider Kansas City audience to Mexican cuisine,” writes Broomfield.

“While it’s impossible to determine how the ‘Kansas City’ taco was born, folding seasoned ground meat into corn tortillas, picking them out and frying them is precisely how the Infante family prepares their tacos. ” according to Suzanne Infante Lozano, who is the daughter of the owners.

“There was a lot about Ruby (Watson McIntyre), but there was a lot of conflicting information. Piecing together her story was really interesting,” Broomfield said during an interview with Flatland. “Also, Maxine Byrd of Maxine’s Fine Foods… Both have a lot to do with race relations… (and exploited places) where people might come and talk about race issues on hot cakes.”

Picking and choosing which restaurants to highlight was tricky.

“Restaurants are loved, until they’re gone,” says Broomfield, a Kansas City native. “As long as they are there, no one thinks of archiving the menus. They are too busy running the business, so piecing together their stories can become very difficult.

While journalism is the first draft of history, Broomfield acknowledges its reliance on the reporting of many local food writers (including this author). She even considered dedicating “Iconic Restaurants of Kansas City” to the late Charles Ferruzza, longtime food critic for The Pitch.

“He never treated this job as just being a restaurant reviewer,” Broomfield says. “He was always trying to get a part of the story: how important was the location of a restaurant? What kind of neighborhood was Waldo? Who were the people who owned this restaurant before this family? He was always looking looking for this information, more, I thought, than other food writers.

Broomfield was particularly enthralled by Ferruzza’s enthusiasm for the Bamboo Hut Restaurant & Lounge, which was open from 1942 to 2010 and has “a crazy, interesting story”.

The truck stop “of dubious reputation” was located at 40 Highway and Pittman Road (now 10111 EUS 40). When fights broke out, jurisdiction was confused between law enforcement in Kansas City, Missouri, and Independence.

By 1980, the interior of the tiki had caught fire but gave way to a setting that Ferruzza described in a review as “the playroom of the 1960s”. Yet Bamboo Hut continued to serve stiff drinks, added huge steaks, and remained a place where “smoking and cholesterol never went out of style” until 2010.

Unfortunately, Bamboo Hut didn’t make the cut, but the full story can be found on Broomfield’s blog.

The COVID-19 pandemic initially thwarted Broomfield’s work on the manuscript. When libraries, research archives and restaurants closed, she was forced to rely on ancestry.com and news.com.

As she began to write, Broomfield ignored the 45,000-word count because she didn’t want to choose her entries based on the length of the manuscript. She had many entries that ultimately didn’t make it, but she eventually convinced the editors to give her an extra 3,000 words, at the expense of color photography.

“What matters to me is that we have an authoritative history of Kansas City restaurants,” Broomfield says. “People who want to take a trip down memory lane is fine, but I’m writing this book for people who can continue this work. Ideally, 20 years from now, there’s a much better Kansas food story. City than what I did.

His most frustrating near miss?

Broomfield was eager to seek information on the reasons for the closure of La Bonne Auberge, a fine-dining French restaurant in a Northland shopping center that rose to popularity in the 1970s through the mid-1980s.

The restaurant was founded by the late Swiss chef Augustine “Gus” Riedi, whose proteges included Susan Feniger of The Food Network‘s “Too Hot Tamales” fame and Kent Rathbun, who grew up in Liberty, Missouri, and later owned prestigious restaurants in Dallas.

When Broomfield could not verify the circumstances of the restaurant’s closure, she opted to profile La Méditerranée, a prominent 1990s French restaurant, instead.

“One of the most important things I’ve learned is that when you have a restaurant, it’s like a part of your body,” Broomfield says. “It’s like an appendix, and when something goes wrong with your restaurant, it hurts, and people don’t want to talk about it.”

There is, of course, a chapter called “Barbecue & Steakhouses”. But it was the food chapter that caught the attention of a British food journal.

From the 1940s through the 2000s, most fine dining took place in hotels in the early days of Kansas City history. Over the past 20 years, stand-alone restaurants (including Bluestem in Westport, which closed during the pandemic but missed the manuscript deadline) have taken the lead.

“I think we have a lot of high-end restaurants in Kansas City, but we’re just not dressed for it. I guess they might make a comeback because people are tired of the noise, talking over loud music, exposed walls,” Broomfield says.

“There is a place for a Putsch’s 210, and someone is going to come and do it. Meanwhile, we have a level of restaurants that have a high level of cuisine,” she adds.

Broomfield met to discuss her book at the Revocup Town Center, noting that the local cafe was tucked away in a mall dominated by national brand chains.

“That strikes me as the biggest challenge and tension in recent restaurant history: how do you maintain a distinctive food identity when you’re overrun by these huge chains that are sucking up all the real estate?” she says.

Ultimately, Broomfield hopes Kansas City diners who read her book will understand the importance of celebrating and supporting independent restaurants.

“I want people to have a conscious idea of ​​what sets Kansas City food apart. And finally, for (readers) to stop and think about what it means to have a food city,” she says. “A lot of people just aren’t aware of this issue, and why would they be… They love Bonefish Grill because it has a great vibe. But if you support Bonefish Grill, then what aren’t you supporting?

This story originally appeared on Flatland, another member of the KC Media Collective.

Neighborhood Guide: Things to do in Kitsilano, Vancouver