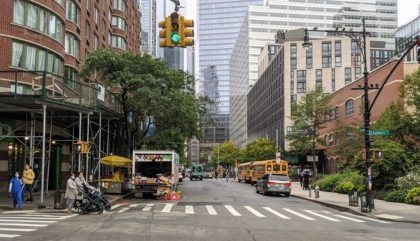 THERE IS MORE STREET CONSTRUCTION TO COME
It’s not over yet: the Department of Design and Construction has two other projects underway to improve infrastructure on Tribeca streets. Plus an update on Vestry.

A (LOCAL) UPDATE OF THE NEW FRENCH RESTAURANT
L’Abeille will be managed by four Tribecans and a head of the Joël Robuchon lineage.

IN THE NEWS
The lawsuit against 250 Water fails. Construction plans are filed for Two Bridges; Verner Panton at R & Company; pandemic damage to retail in Soho.

SEEN & HEARD
News from Finn Square. Plus 77 Greenwich has a new name; the views of the Hotel Barrière; a new show at Sapar Contemporary.

ALWAYS CALM AT THE OFFICE
Also, protest against plans to clean up mercury at 250 Water; 111 Washington is finally sold; exciting salads at 1 White Street.

Wow really? I thought it was a joke … no

Violations and passes near me