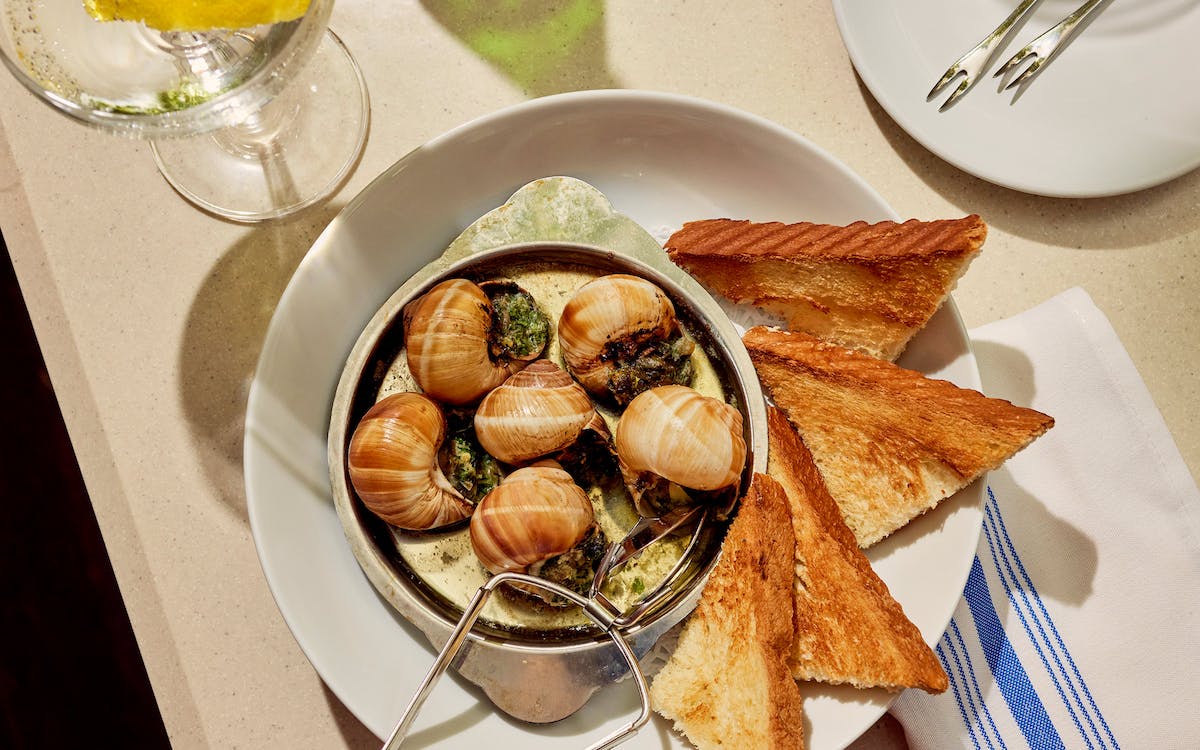 I sit at the counter of tiny Cullum’s Attaboy, trying not to cry as Christopher Cullum, the affable chef and owner, ponders the fate of my omelet. The hollandaise sauce intended to be his crowning glory has shattered, and the cook at the helm seems on the verge of despair. Cullum looks at me. “It’s going to take a little while,” he said. Yeah, I thought. Ten minutes later, however, the cook is all smiles as she slides a brand new omelette topped with freshly made lemon Hollandaise sauce onto a plate. I take a bite. The texture is somewhere between outrageous and heavenly, a miracle of perfectly set egg and god knows how much butter. My eyes close involuntarily. I’ve had very few omelettes as good as this, and I’ve never enjoyed one so much.

The restaurant where this milestone event occurred is neither in Paris, nor in Provence, nor even in Périgord. It’s in San Antonio, just two miles north of the Alamo, in a neighborhood of small businesses and modest homes, on a narrow street plagued by seemingly everlasting road construction. At 44, Cullum, a self-taught chef and San Antonio native, has owned or been involved with several restaurants, including Tucker’s Kozy Korner; a lively fried chicken restaurant called Cullum’s Attagirl, which is as good as ever; and an earlier burger-focused version of Attaboy. Five-month-old present Attaboy merges his dual passion for the city of Alamo and French cuisine and is his most ambitious and personal endeavor to date. As for the name, Cullum’s late father, Jim, came up with it some 30 years ago, when he learned that his 15-year-old son wanted to get into the restaurant business.

To find Attaboy, you must be vigilant. The only sign is a sandwich board on the porch of a converted cottage. Just inside the door is a deli crate filled with tantalizing offerings: plump snails in butter-filled shells, mason jars of creamy chocolate mousse, fatty slices of cheesecake. On duty in the open kitchen and ready to take your breakfast or lunch order, Cullum, in a soda jerk-style hat, plus three or four cooks who double as servers. (The restaurant initially offered dinner, and Cullum hopes to restore it when business picks up after the usual summer downturn.)

Browse the menu with your phone, make your choices, and pay (the last tab includes a 20% tip for the staff). Then take a seat, either at the counter next to the kitchen or in the cozy dining room. While waiting for your meal, perhaps accompanied by a classic cocktail, beer or glass of wine from a list of around 30 choices from California, France and Germany, admire the decorative touches that enliven the simple space: a splendid antique brass light above the front door, a map of San Antonio dating from 1980 and having belonged to the famous Texan architect O’Neil Ford. Sit back and enjoy the music playing quietly in the background – upbeat traditional jazz numbers from old radio shows often featuring Cullum’s father, who was a noted cornetist. For decades, his band has been on regular rotation at venues on the San Antonio River Walk. In fact, the brass light above the door was rescued from one of those places, and on a nearby wall is a poster-sized photo of jazz great Louis Armstrong with father and Cullum’s grandfather, who was also a musician.

If you come for breakfast, the eggs are in the spotlight. In fact, eggs are the star of the menu (“We use these huge pasture-raised brown eggs,” Cullum tells me). You can have a nice Egg Benedict, as well as superbly fluffy scrambled eggs on a slice of buttery toasted brioche with an elegant garnish like shavings of truffles or perhaps homemade cream with a little caviar. If you want something sweet, you can opt for pancakes with real maple syrup or, better yet, Attaboy’s current version of a mid-century American culinary craze: Spudnuts. For decades, this now-defunct national chain handed out billions of delicious potato-enriched donuts. Here, the delicious donut-donut hybrids arrive as neat spheres under a snowfall of powdered sugar.

If you show up for lunch, you might want a sandwich (egg and bacon, egg and cheese, egg and smoked brisket – you can spot a pattern here). Or you might want a burger. The latter is a good choice if you like a simple meat and cheese combo with a homemade tart sauce (I also want mayonnaise, lettuce and tomato). Unfortunately, my burger patty turned out to be moderately good, a sad fate for good ground beef from Peeler Farms, a revered supplier in Floresville, thirty miles southeast of San Antonio.

If you’re in a particularly good mood or have an unexpected reason to celebrate – maybe you just got a job, maybe you just quit a job – Cullum’s is ready with classic cocktails, bubbles and tiny fish eggs. Prices start at $1.50 per gram for smoked trout roe and reach $6 per gram for royal osetra caviar. A “caviar setup” of blinis, chives, and cream is just $7. Prices are low because, says Cullum, “I want this neighborhood to eat truffles and caviar!” I want to demystify all these ingredients.

My personal choice for an indulgent dinner at Attaboy, however, is not the caviar but an order of these snails from the deli crate, cooked until their shells are brimming with a compound butter that includes scotch, garlic and parsley. I also helped my friends devour an order of Greek-inspired tarama, the classic lemony dip, here made with dried carp roe tossed with French bread, lemon, scallions and olive oil. olive until light and fluffy. Cullum says he learned how to make it from a woman he knew as Miss Salazar at La Louisiane, then San Antonio’s first French restaurant: “It’s basically their recipe.”

What Attaboy considers brunch is when the cuisine takes protein, both land and ocean, seriously. My delicate southern plaice meunière arrived sautéed in butter and enhanced with Cullum’s excellent additions of champagne and dried lemon zest with juniper and thyme. Diver’s scallops are skillfully pan-fried. I loved the pair of big, scary prawns even more, adrift in a heady egg-enriched butter sauce, enhanced with a very flavorful, very reduced fish broth, or fish glaze. If you’re craving red meat, the choice is simple: flank steak, a cut that comes from the bottom sirloin and is reasonably tender. Mine was good and rosy, but next time I’ll spend $5 more for a glass of meat ice cream, a beef bone reduction that tastes like demi-glace on steroids.

If, by some miracle, you have room for dessert, there’s a fluffy chocolate mousse or dense New York-style cheesecake, based on Cullum’s mom’s recipe (“We kids, always had cheesecake on our birthdays”). But you’ll be kicking yourself if you don’t order the floating islands, balls of simmering meringue adrift on vanilla-flavored custard hiding a hint of blueberry compote. If clouds were edible, they would be floating islands.

As I walked through the door on my last visit, dabbing the blueberry compote with my sleeve, I was in awe of Cullum’s proudly contrarian concept. There is no parking lot or even a sign. It’s counter service, and there’s automatic tipping. Still, it serves serious French cuisine, not just casual bistro fare complemented by a great bar program. It’s unconventional and it’s uncompromising. If I lived in San Antonio, I would show up for this omelet at least once a week.

This article originally appeared in the November 2022 issue of Texas monthly with the title “French Revolution“. Subscribe today.

Where to eat in Chamonix: 5 essential addresses