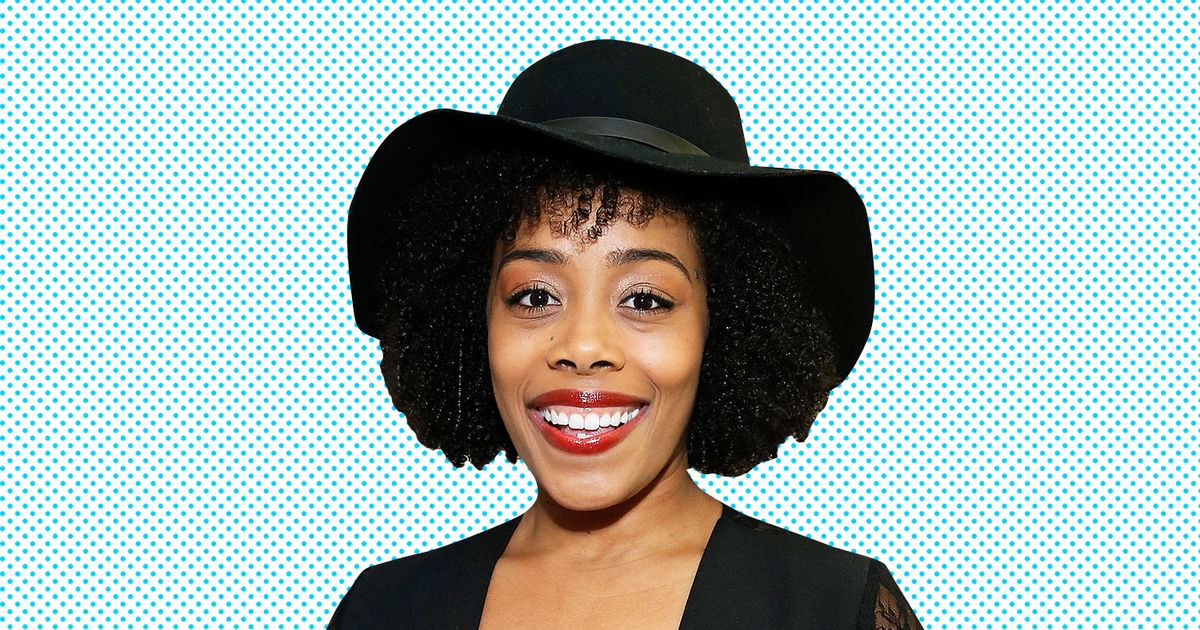 In the two years since graduating from Juilliard in 2018, Brittany Bradford had already made some impressive breakthroughs on stage and screen. She first made her Broadway debut in Bernhardt/Hamlet as Ophelia opposite Janet McTeer and took the title role from Erica Schmidt MacBeth, a bold adaptation of Shakespeare’s classic. Then she got her first screen role: Juliaby Alice Naman, a public television producer who champions little-known cookbook author Julia Child (Sarah Lancashire) and continues to help produce her cooking show The French cook. It’s a breakthrough performance for Bradford, who holds more than his own opposition heavyweights Lancashire, Bebe Neuwirth and David Hyde Pierce. It’s also the most fictionalized role on the show, a black producer from Boston’s very white WGBH who’s an amalgamation of several different female producers working in the ’60s.

Bradford also continues his work on stage, starring in by Alice Childress wedding band at the Theater for a new audience until May 15, as part of the theater collective the Classix. The organization highlights black playwrights and plays while “exploding the classical canon” (read: white). It’s a constant theme for Bradford, who notes that the perspective of a black producer in the 1960s is not one that received much airtime.

Vulture spoke to Bradford about the low-key subversiveness of his role in Julialearning how to flip an omelette like Julia Child, and that cute encounter with Isaac (Tosin Morohunfola) in episode seven.

Let’s talk about the origins of Alice Naman, who is one of the few characters invented in a show about real people.
She is the only one to be a series regular. When I first read the script, I didn’t know much about Julia Child, so I wasn’t sure if Alice was a real person. Daniel and Charles McDougall [executive producer and director of the first two episodes] told me that Alice is based on other black producers who would have been there at the time, like Madeline Anderson. She is also based on Ruth Lockwood, who was a white producer at WGBH. This led me to research black producers from that era like Carol Munday Laurent, who met Julia Child at WGBH. It could have been Alice. And there was an all-black produced and directed show at WGBH called Say, brother [now Basic Black] from the early 1970s who was at WGBH. It allowed me to bring these black women into the room as Alice and give them a chance to have their voices heard.

Do you know why the writers wanted to make Alice Black?
I asked [showrunner] Chris Keyser this question. I didn’t want to be tokenized or there just because they wanted to have a black character so the show wasn’t all white. He talked about family friends he had growing up, an interracial couple — a black woman and a white man — who met at WGBH as producers. He told me that people didn’t know her story and wouldn’t even think she would have worked back then.

Thinking about who can tell the story of Julia Child, it won’t be given to people of color. He said, if we get the chance to tell the story, why not add those perspectives? These people existed, even if they were seen more rarely. I stuck with it because with period pieces, people often act like black people aren’t there. We are everywhere. We are in every part of the story.

I read somewhere that Alice was added to the show to give context to “the struggle”. Yes, Julia Child had a hard time succeeding in her profession because she was a woman. But she was white and rich.
This is one of my favorite parts about the dynamic between Alice and Julia. Alice is not a boss who arrives and has it all figured out. She learns. She is a young black woman who learns in the 60s a job where there are not many women like her. When she first meets Julia, she is inspired by how she and the women around her are able to authentically be themselves and access their power. But they have many privileges. Throughout the season you see how Alice learns from them. They also learn a lot from Alice.

While watching episode threeI wrote this note with great fervor: “Alice should be on Julia’s show!”
OK. Alice is our way. You know how in a play or a movie you sometimes have the new person in town, and you, as an audience, take that journey with that character? For me, it’s Alice. She sees Julia’s beauty, but she has to plead for her and for the show, and it’s a struggle. We got the episodes as we were shooting, and I was always wondering, What will happen to him this time? Will she become a producer? Will she be recognized for her efforts?

It was exciting to see this character blossom. There’s a scene in episode eight that exactly mimics the very first time you see Alice in episode one, but Alice’s body language is completely different. She is literally blossoming – open. I don’t know if I was intentional about this, but it happened because of the character arc. It’s a gift as an actor to play that.

Speaking of Alice’s arc – there’s this scene in episode six where she is honest with Julia about how tired she is of not being recognized. Can you break this down?
I’m going to go back, actually, because in episode four we have Virginia, Alice’s mom, and Alice having an exchange about work that doesn’t take her seriously. She says, “I don’t know if it’s because I’m a woman. I don’t know if it’s because I’m black. I had the chance to be part of the writing of these scenes. It was really important to me Daniel and Chris that like one of the only times on the show where you see two black women talking to each other, we weren’t being sacred or forgiving about it, that we had a real conversation . I had to make sure I really felt like two black women with generational differences were honestly talking to each other about their struggles.

How did you do that?
Much of this conversation was about the politics of respectability, which happens a lot from generation to generation, especially in the black community. Each generation is different with its own civil rights struggles. We’re also at the height of civil rights, which is more of a backdrop to the show, but it wasn’t in the backdrop of my mind as Alice. She sees people around her fighting for their rights, people who look like her. So when we come to that scene with Julia in episode five, Alice tried to be strong for so many weeks and to be strong and to be in charge and then she got smashed by someone that she respects a lot. I felt this impostor syndrome both as myself and as Alice.

When you’re the only black person in a space, it’s hard to feel like you’re judged extra, that you have to set a standard for the race, that you hold on to a lot of things that others either don’t have to hold on to or not see you hanging on. It was important for her to have that vulnerable moment to say, “Look. It’s just very difficult. I don’t know any black woman who hasn’t experienced a moment like this professionally or personally. It’s powerful to say, “I can be vulnerable in this space too. I don’t always need to be strong.

Now, I’m never one to want a romantic ending to really tie a nuanced story together, but it’s pretty hard not to be excited about the possibility with Alice and Isaac.
[Laughs.] I know. When I read episode seven, I didn’t see it coming. I didn’t think Alice would ever say yes to one of her mother’s montages. And like you, I don’t want to have a female character suddenly happy and in love. What I think they did well, and what I appreciated was that he gave him confidence. In the few moments they have together, he tells her that she is special, that she is someone who deserves what she wants. It’s something she doesn’t even have with her mother. He is the first person who gives her the impression that she can come into his power. In a way, it’s subversive. Normally it would be a female character doing this for a male character, saying, “Oh, honey, you get it.” I don’t know what season two would entail, but having a supportive person is an interesting thing to portray, especially in this era.

Speaking of subverting traditional female tropes, I love that they created a black female character who can’t cook. Historically, black women in America have been cooking and serving on screen for centuries.
I loved it. In the first episode, she was like, “Listen, I’m eating meatloaf at a restaurant.” She couldn’t even crack an egg properly. It is uniquely his.

Back to the food: it was real food and all of Julia Child’s recipes. And I ate so much food, really, really. I don’t know how I still fit into those period costumes at the end. On every occasion, whether I was on stage or not, I was like, “What are we doing today?” We had an amazing food stylist on set, Christine Tobin, and a kitchen on set where they were always cooking. Because we were doing multiple takes, there were like 15 soufflés at one point; I ate coq au vin five days in a row. Christine taught me how to make an omelette and flip it. I hate onions, but I had a sip of the French onion soup; I ate burgers and shakes and fries and cookies. During the sweetbread episode myself, Fran Kranz and Fiona Glascott had never had sweetbreads so we gave them a try.

Did you like them?
I mean, they’re just a vehicle for butter. This is most Julia Child recipes. It looked dodgy, but it was very good.

Have you tried any of Julia’s recipes for yourself?
During the pandemic, my two brothers and I returned home to San Diego. It was all of us together for the first time in years. I tried to make Julia’s beef bourguignon and it was a fail. The recipe is so long and there was a problem with the pancetta. But I made Filipino chicken adobo which was delicious. It wasn’t Julia. I also made my dad a fancy five-course meal with my brothers – Caesar salad, garlic toast, good pasta. I even had a fancy pasta maker to make the fresh pasta. I tend to be the person who always asks, “Are you sure this tastes good?” But you should just let people enjoy your food.

This interview has been edited and condensed for clarity.