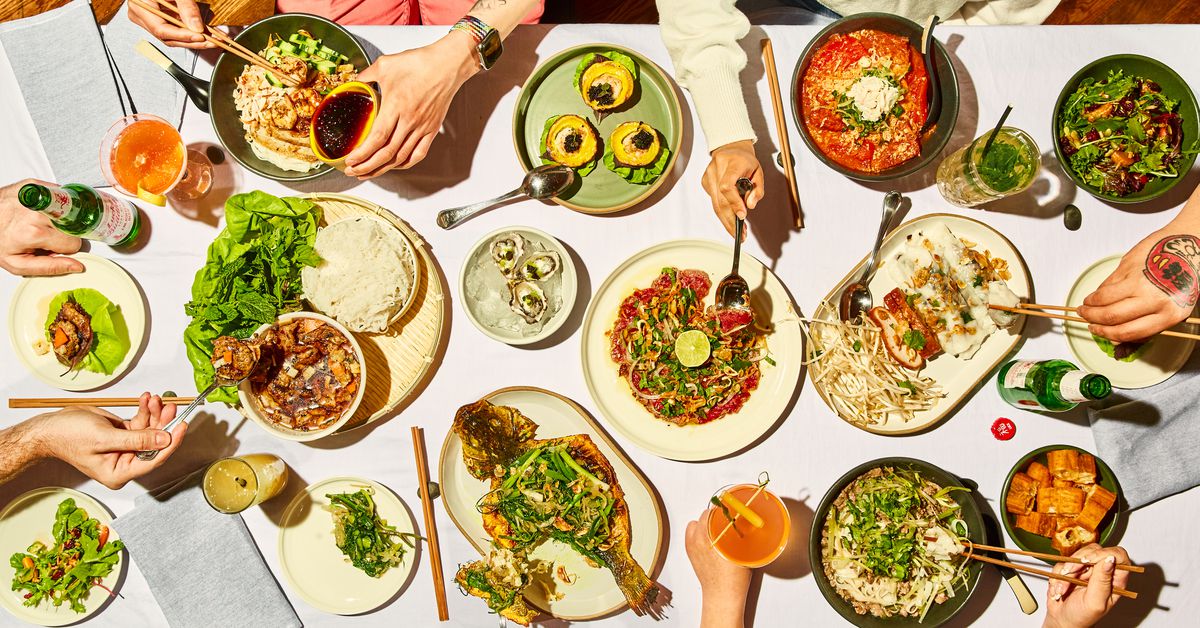 When Matt Ho’s family restaurant Bodega Bistro in the Tenderloin closed in 2017 after 14 years in business, the plan he always had in mind was to reopen the restaurant – it was just a matter of when. . Bodega Bistro was a longtime neighborhood favorite, serving North Vietnamese and French fare, run by Ho’s father and uncles. By the time Ho’s father decided to close up shop, Ho was working two jobs – running ahead home to Bodega while also working to open Nobu’s Palo Alto location – before eventually focusing his attention and time at Nobu and working his way into the role of manager.

Ho’s father temporarily moved to Vietnam after the restaurant closed, but when he returned in 2019, the family decided to bring the restaurant back for a one-night-only pop-up in the Mission in December. Many people attended the event and plans for more pop-ups began. Those ideas quickly folded during the March 2020 shutdown, but ultimately Ho and his uncle, who runs the kitchen side of the operation, decided to do a different kind of pop-up. The pair sold weekly meal kits of their food off the Castro’s Rooster and Rice site beginning in August 2020, while Nobu moved to take-out only. When Ho was finally furloughed at Nobu two months later, he focused on full-time work at Bodega, renting space at Rooster and Rice and serving Bodega dishes, such as hu tieu dry noodles, six days a week.

But it was at the pop-up Bodega Bistro that Ho began reconnecting with former customers of the Tenderloin site. Ho says they were already feeling the restrictions of sharing a kitchen, which limited the dishes they could cook, and they started thinking about officially finding their own place. “When we were doing the pop-up and we saw a lot of our old customers coming back, they were telling us how much they had missed the restaurant and how much they had missed us,” Ho says. “And I thought: “Oh man, maybe now is the time. “”

Ho wanted a sit-down restaurant to showcase Vietnamese cuisine, rather than the fast, casual operations they ran as a pop-up, and eventually they landed at their current location at 138 Mason Street. Now, the family is gearing up to reopen the new restaurant as Bodega SF on Friday, June 10, bringing back some menu favorites from the original, but with a few new tricks up their sleeve. Ho’s mom, dad and uncle are back and involved on the culinary side, while Ho and his business partners Eugene Kim and Adrienne Fornier handle the front desk operations.

The restaurant will be open for lunch and dinner; lunch will be similar to the restaurant’s old menu, with sharing dishes and larger dishes such as beef shakes, Hoi An chicken rice, and various types of pho, such as beef pho Bodega, made with beef bone broth, brisket, meatballs, rare tenderloin, and rice noodles. Ho lists some of his favorites on the dinner menu: the restaurant is known for its bun cha, Vietnamese meat patties made with traditional pork belly; there are also banh cuon rice rolls, which Ho says can be hard to find in town; cha ca, a whole boneless branzino fish, butterflyed and served with dill, turmeric and galangal; and bo tai chanh, which Ho describes as beef carpaccio, with Thai basil, Maui onion, crispy shallots and citrus fish sauce.

One of the biggest changes for the restaurant is the addition of a bar. Ho says the drink menu will include Asian-inspired cocktails with ingredients such as pandan, lemongrass, rau ram or Vietnamese coffee. Club Bodega, for example, is made with rum, pandan and lemon; One Night in Saigon blends Hennessy with Vietnamese coffee and Frangelico-Fernet Mint mousse. There will also be a few non-alcoholic options, including fresh sugarcane juice or a sugarcane calamansi drink.

Ho had a number of industry jobs outside of Bodega Bistro, such as The Melt, Patxi’s Pizza and Nobu, but it also taught him more about himself and the family business. “I just did a bit of everything in the hospitality business and working at Bodega at the same time showed me that I cared more about my family restaurant because I wanted to see it run well and it had to do with the our family name.”

A taste of France in Westport, the Mission Taco’s Pride special and an outdoor spicy Thai noodle classic